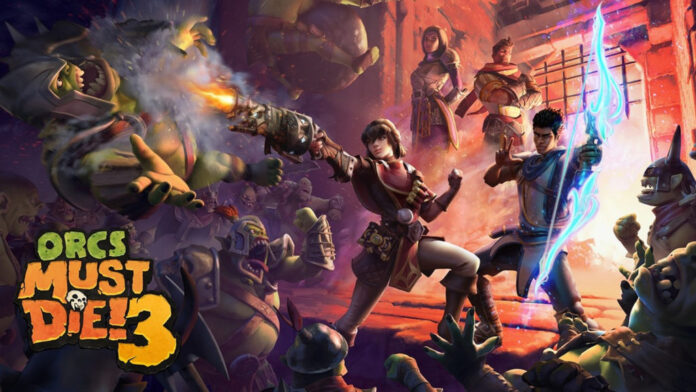 Orcs Must Die has launched with favorable reviews and PC gamers are living it. The game is well-optimized and runs pretty smoothly. However, a lot of PC players are reporting errors and issues with Orcs Must Die 3 like UE4 OMD Fatal Error, crash at startup, D3D Device Removed, LowlevelFatalError, and more.

Orcs Must Die 3 PC players are reporting that they are unable to play the game due to the UE4 OMD Fatal Error and here is how to fix this error.

There are multiple reasons why UE4 OMD Fatal Error is occurring, one reason is the outdated GPU drivers. Update or reinstall the GPU driver and do a clean installation. This will fix the error.

Another reason for the Orcs Must Due 3 Fatal Error crash is the pending Windows updates. Make sure your OS is up-to-date. Restart your PC and launch the game. It won’t crash anymore with the UE4 OMD Fatal Error.

Updating the audio driver has fixed the Orcs Must Due 3 UE4 OMD Fatal Error for some players. Update your audio drivers and the error will be fixed.

If you don’t want to mess with the GPU clock, then players can try capping the game’s max FPS. Open Nvidia Control Panel > Manage 3D Settings > Program Settings > select Orcs Must Due 3 from the list. Enable Max FPS Limit and set the value. If you are playing at an unlocked FPS, then limit the game to 60 FPS. If 60 FPS is your current target then cap the game to 30 FPS. This will reduce the CPU and GPU load and the game won’t crash with UE4 OMD Fatal Error.

One reason for the game to crash at launch is the lack of admin rights. Right-click the game’s exe > Properties > Compatibility tab > check “Run this program as administrator” and hit apply. Launch Orcs Must Die 3 and it won’t crash at launch.

Some PC players have reported that updating the audio driver has fixed the crash at startup issue for them. Update your audio driver and the game will launch without any issues.

Orcs Must Die PC players are reporting that the game is crashing with the “LowlevelFatalError [File:Unknown] Line: 724” error. This error could be occurring due to DirectX. Try forcing DirectX 11 to fix the error. Right-click Orcs Must Die n Steam > properties. Type ‘-dx11’ under the Launch option and press OK. Launch the game and it won’t crash with LowlevelFatalError.

Alternatively, players can fix the LowlevelFatalError by capping Orcs Must Die 3’s max FPS. Check under “UE4 OMD Fatal Error Crash Fix” to see how to do it.

That is all for our Orcs Must Die! 3 fixes for errors and issues like UE4 OMD Fatal Error, crash at startup, LowlevelFatalError, and more. If you are facing errors and issues with other PC games or your PC then also see our hub for commonly occurring PC errors and their fixes.