RespawnFirst
Home News ONI: Road To Be The Mightiest Oni Gets Physical Release On Switch,... 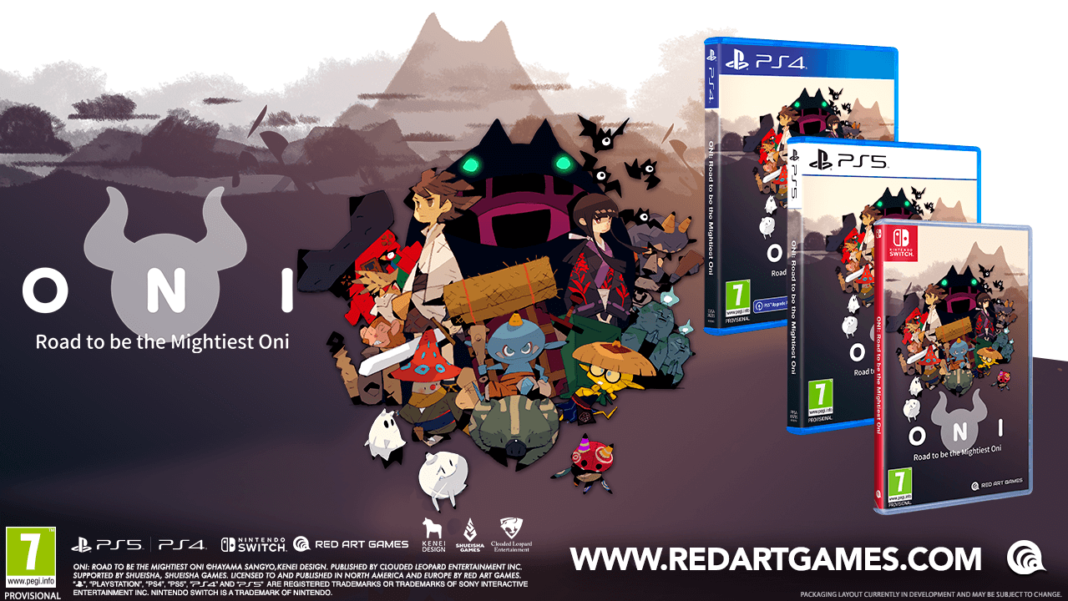 Red Art Games is excited to announce the upcoming Western physical release of ONI: Road to be the Mightiest Oni on Nintendo Switch, PlayStation 5, and PlayStation 4. ONI is a Japanese folklore-infused 3D Action game developed by KENEI DESIGN and published digitally by Clouded Leopard Entertainment in association with SHUEISHA GAMES.

In Europe, PEGI-rated Nintendo Switch as well as PS5 and PS4 boxed copies of ONI: Road to be the Mightiest Oni published by Red Art Games will release for €39.99 on April 21st, 2023 Pre-orders for the PEGI-rated ONI physical editions will begin on Thursday, December 15th at 5 PM CET, exclusively on the official Red Art Games online store.

Players who pre-order ONI from Red Art Games’ store will receive a bonus tote bag as well as a keychain for free. ONI: Road to be the Mightiest Oni will also be available at various retailers across Europe.

Every boxed copy of ONI will contain a voucher with a code giving access to two downloadable items for free: “Kuuta’s Travel Tool: Camouflage Crest” and “Kanna’s Kimono: Skull Pattern“.

Let us know what you think about ONI getting a physical release in the west and whether or not you are interested in checking out the game.