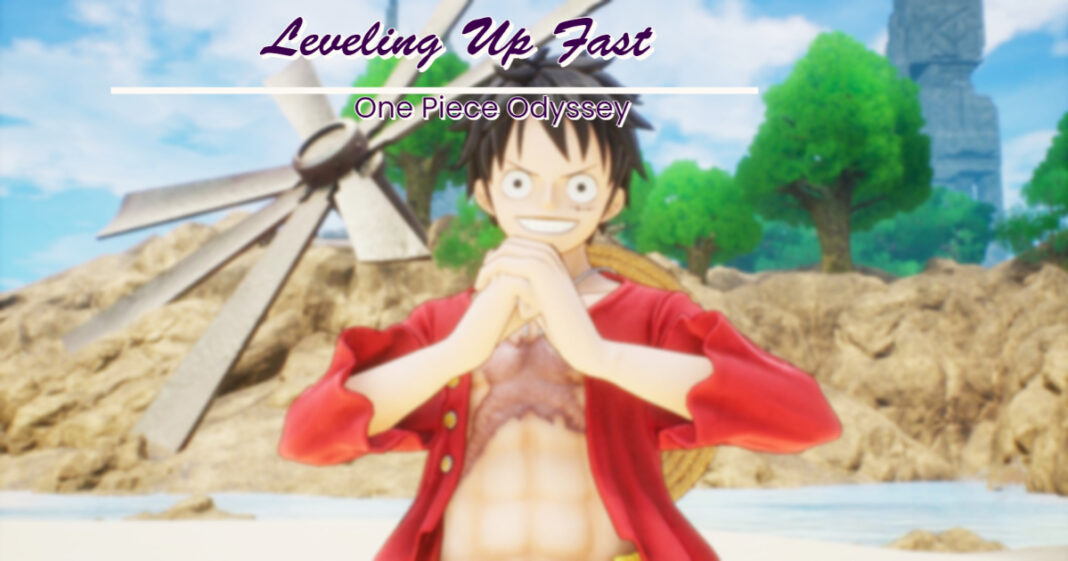 Leveling up fast and leveling up hard is the name of the game when it comes to games like One Piece Odyssey. We all want the same thing at the end of the day: XP. You can do the usual grind and no matter how smart you play it you cannot avoid the grind. However, you can make sure you are rewarded above and beyond for the effort you put in.

Avoid Easy Targets
Turn-based combat can be slow and tedious at times and you might be tempted to avoid some of the monsters in your path. There is no way to game the system, yet, but you can make sure not to waste time and effort on smaller rewards. For example, it is a good idea to avoid battles when backtracking through the map. Smaller and less challenging monsters who are below your strength level do not give out big XP points but they will happily take your time.

Go for the Big One
Make sure to pick your battles wisely. With difficult monsters and in new areas that you and your crew are exploring. This is the only way to maximize your XP. The challenge of newer and harder monsters keeps things fresh.

Also, keep your eye out for objectives. Winning a specific number of fights in a given region rewards you with items. You will be leveling up while completing this objective and at the end, you will receive an item as a reward for the effort. These items can be quite useful power-ups for certain playable characters.

In-Battle Challenges
This is a big one and you should keep your ears perked up. One Piece Odyssey has a mechanic where during a battle an in-battle challenge will appear on your screen. If you toggle it on time you will be able to use a different character to beat the enemy with one special finishing move.

Sometimes, it can be a good move to deal a lot of damage and sometimes it just straight up clears a whole area of the enemies. These can appear multiple times during a single fight. These challenges can give up to 40,000 XP for a single fight. Mostly it will be less than that but you can also be rewarded items like ingredients.

Optional Quests Go a Long Way
Side quests and the content of a game can make or break a game. In this case, the quality should be of no concern to you as we are only after the juicy XP. Powering up by doing side quests can be rewarding as you get to experience the side stories. The XP waiting at the end makes it all worth it. Do not go in expecting big rewards and an easy hack but the substantial XP gain and item rewards are good enough.

Also, check these guides out for more help on the game: