RespawnFirst
Home Guides One Piece Odyssey: How to Get to Lake Shore Cave 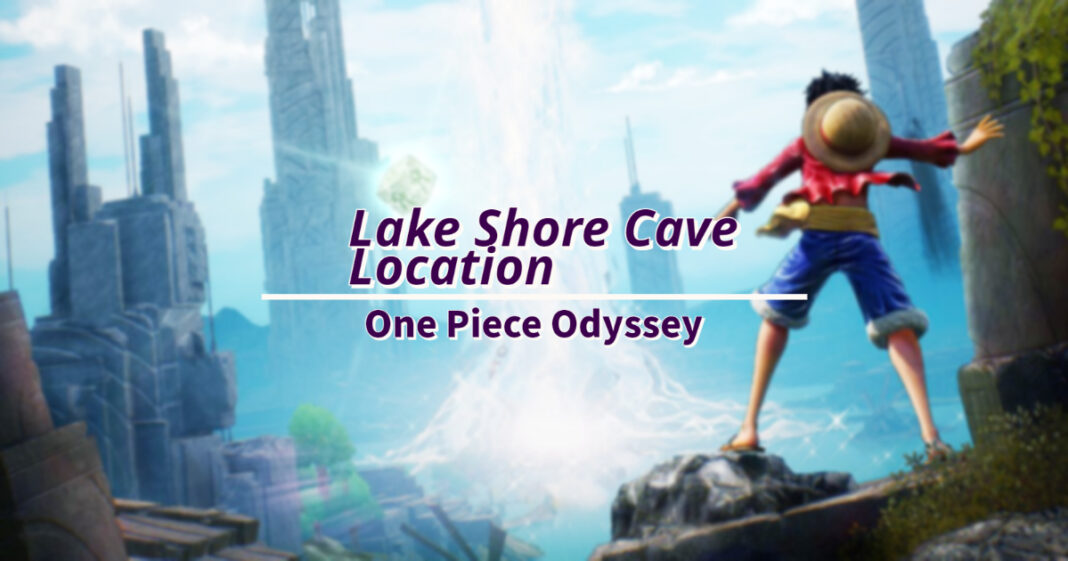 Recently released from Bandai Namco Entertainment, One Piece Odyssey is a game inspired by the beloved anime and manga series of the same name. The daring Monkey D. Luffy and his fearless Straw Hat Pirates embark on an incredible journey, with new faces joining their crew. So get ready for a swashbuckling voyage as you explore new islands where you uncover hidden treasures, battle fierce enemies, and craft powerful weapons while uncovering untold mysteries. The game is packed with quests, and one of the earliest requires you to locate Lake Shore Cave. Here lies the Cube, which will restore your Strength. In this guide, I’ll tell you how to get to the Lake Shore Cave.

Lim entered One Piece Odyssey as a slim, fair-skinned woman with long legs. She siphoned the Strength of all pirate characters, rendering them useless and unable to rely on their abilities. Lim carefully tucked away the abilities she snatched from the pirates into small cubes, now scattered across Mysterious Island.

Adio Suerte is the only living descendent of an ancient tribe who once dwelled on Waford’s fallen sky island, and he is also a friend to the Lim. So Adio decides to aid our Pirate Characters in reclaiming their Strength.

Adio informed the pirates that the Cube, containing all their abilities, is located in Lake Shore Cave. Thus, they must traverse to reach it. To start this journey, Adio suggests navigating northward from his house – a path leading them straight toward the infamous Lake Shore Cave. Taking this route will lead you to the “Path to Inland Sea,” and if you keep going straight on, you’ll come across a place called the “Circular Inland Sea.”

When arriving here, an intense battle commences between yourself and Eisas and Sazae Kancho monsters hindering your journey towards Lake Shore Cave. After besting these creatures in combat, follow the path which leads directly into the said cave.

Now, head to the Lake Shore Cave on your Mini-Map’s Red Marker that will take you to the Circular Inland Sea. Upon arriving at the cave, embark upon a new mission and search for cubes to restore the Strength of Pirate Characters. Upon arriving at the Lake Shore Cave, a new mission awaits you: unearthing the Cube to restore power for your Pirate Characters.