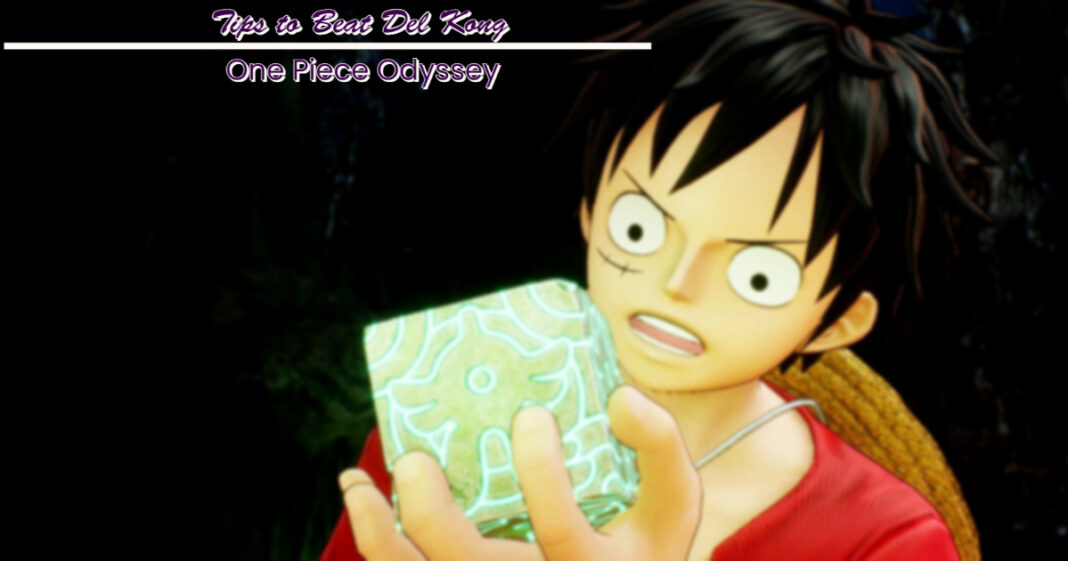 Turn-based combat can be tricky, especially for people without prior experience with such games. One Piece Odyssey has a slow progression and a long Chapter 1, which acts as a tutorial guide at the beginning of the game. Del Kong is the first boss you will encounter in One Piece Odyssey. It can be quite an easy battle, but in case you have been facing difficulty in defeating Del Kong in One Piece Odyssey, you can find a simple method of taking him down below:

At the start of One Piece Odyssey, all the pirates are dropped onto Waford Island. Nami is the first one to get separated. Later, we find out Del Kong has her captive in King Kong Garden. It is a pretty straightforward path to Nami. The cave on South Beach will lead you to Del Kong, who will be holding Nami captive in a critical state.

Nami will be in critical condition, triggering the game mechanic called “Dramatic Scene.” You will be able to perform various actions during a dramatic scene. In this instance, use a Potent Energy Apple to heal her immediately, as she will be essential in taking down Del Kong.

Del Kong will be accompanied by enemies called Aisa. Use any character to take them down with normal attacks. They do not deal much damage and should be simple to get rid of. Now that it’s just you and Kong use Nami for her Electric skills and shock Del Kong. “Thunderbolt Tempo” will paralyze him, and he is vulnerable to attacks. When paralyzed, you can use any of the characters with the strongest attacks to inflict heavy damage. Now repeat till you’re victorious.

Another trick is using Rashomon to inflict bleeding on Del Kong at the beginning. This way, Kong keeps losing health throughout the fight, making the takedown much faster. For more help on One Piece Odyssey, you can refer to some of the guides below: