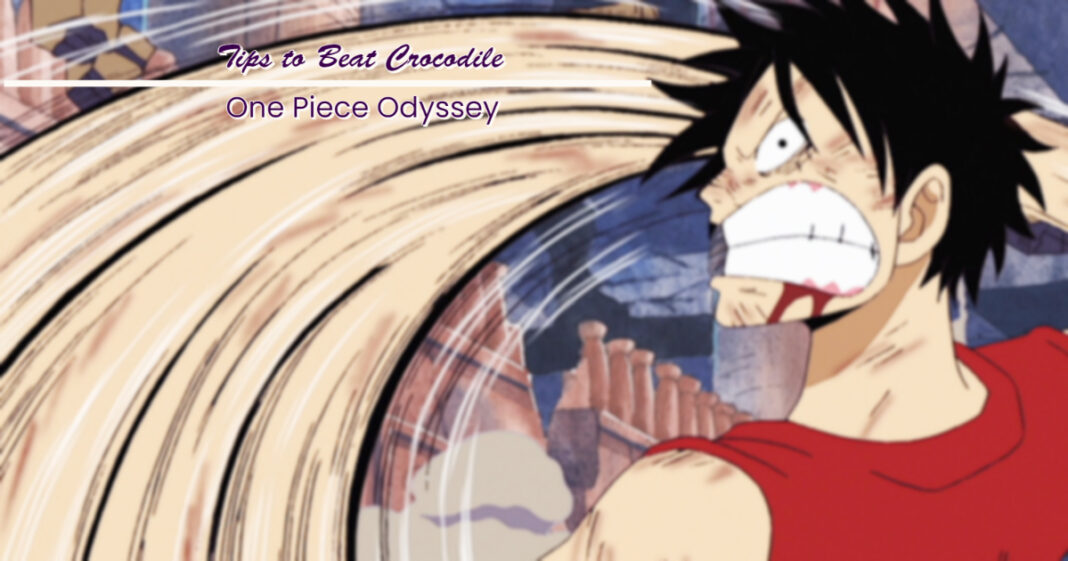 Fans of the One Piece Manga might remember the name “Crocodile.” The battle between this supervillain and Luffy had a lot of suspense and build-up. It took multiple attempts by Luffy to take down the Crocodile finally. Things might play out in the same manner in One Piece Odyssey. He might be one of the first major boss fights, but taking him down will not be easy. This One Piece Odyssey guide should help you easily defeat Crocodile.

The Crocodile dwells in the Alabasta region of Waford Island. You will have some experience of the world of One Piece Odyssey before your encounter with the Crocodile as you will not have to face him before at least 15 hours of playtime.

Choosing your team wisely matters greatly when going up against a tougher opponent in One Piece Odyssey. The Crocodile is one such opponent.

I highly recommend keeping Tony Chopper on the team for his healing abilities. The Crocodile can deal massive amounts of damage in a single attack, so healing mid-battle becomes necessary.

Luffy is another character I would recommend for his Gum Gum Bullet move. This move will inflict some bleeding damage on Luffy as well but that is nothing compared to the immense damage you will be able to dole out to the Crocodile. This is important for two reasons:

You can fill up the rest of the team according to your play style. Nami’s Cyclone Tempo and Sanji’s shots are both useful in this battle to deal a healthy amount of damage. Zoro can also be called upon from the reserves to utilize his Lion Song ability.

Once you have dealt enough damage, the 2nd stage of this boss battle begins, where things kick off into high gear. Now the Crocodile will be angrier, indicated by a green halo around him. His attacks will not only be faster but also stronger. You can use Zoro during this part of the battle; however, it’s not necessary. You can use whoever you like if you are dealing a lot of damage in a small amount of time.

Stocking up on Potent Energy Apples and healing items will be necessary. Make sure your team is in top shape for this encounter, and you will be done in no time. Some other One Piece Odyssey guides you may like: