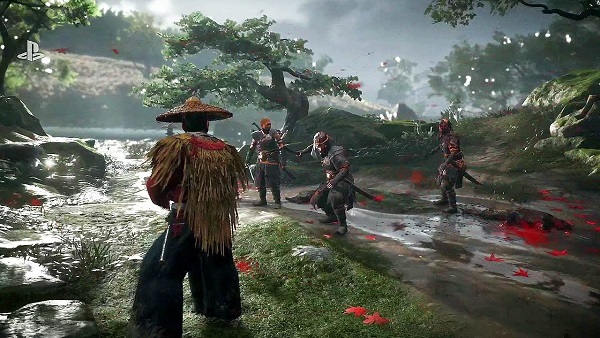 Observing enemy leaders before killing them is something you should always do in Ghost of Tsushima. By observing a Mongol leader, you’ll receive more points toward unlocking your next stance. And since different stances come in handy in different combat scenarios, it doesn’t hurt to have them all unlocked at the earliest. In this Ghost of Tsushima guide, we’ve detailed everything you need to know about observing enemy leaders to earn more stance points.

Different enemy types in Ghost of Tsushima are weak against different stances. Killing enemy leaders in Mongol-controlled territories is one way of earning points toward your next combat stance. You can, however, increase the number of points by observing a Mongol leader before dispatching him. Here’s how you can do it:

The first thing you’ll need to do is to infiltrate a Mongol-controlled territory undetected. If you’re detected, you can always make a run for it and return at a later time. Once you’re in, you’ll need to identify the leader. It’s usually pretty straightforward.

Cladded in gold or silver armor, the leaders are usually found practicing with their dual-swords or sword/shield. To find them, try to stick to long grass or rooftops if you can. We’ve found it to be a lot harder to scout from the ground – rooftops are generally more forgiving. We’d also recommend donning the Ghost Armor which significantly reduces the speed at which enemies can detect you.

While undetected, try to approach the enemy leader you wish to observe (you don’t need to be in melee range to do so) and press R2 in order to observe.

Once you’ve successfully observed an enemy leader in Ghost of Tsushima, you’re free to take any approach in clearing the territory you desire. Killing the leader after observing will net you twice the usual amount of points toward your next stance unlock.