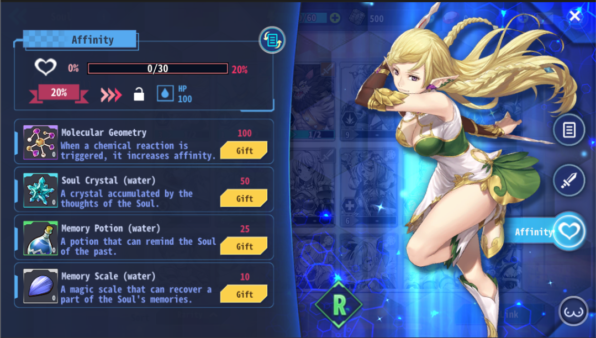 Gamers, the only ones carrying divine blood, must save the world from the evil Sins by building a team of powerful and sexy Vessels. Players can also infuse extraordinary abilities to their team by choosing the right Souls from a series of unique cards. With the right strategy, in addition to fighting off powerful monsters, players can also uncover exclusive dating plots and intimate moments!

The key features of Sacred Sword Sweeties by Nutaku are as follows:

You can get the game and learn more about it from the official store.

About Nutaku
Nutaku.net is the largest game website in the world dedicated to providing free-to-play and downloadable titles to 18+ gamers. Featuring over 300 high-quality games for both PC and mobile, Nutaku.net ranks within the top 300 websites in the world, boasting over 120 million visits per month.

Sacred Sword Sweeties seems very interesting indeed. If you have played other Nutaku games then you should give this one a try as well.