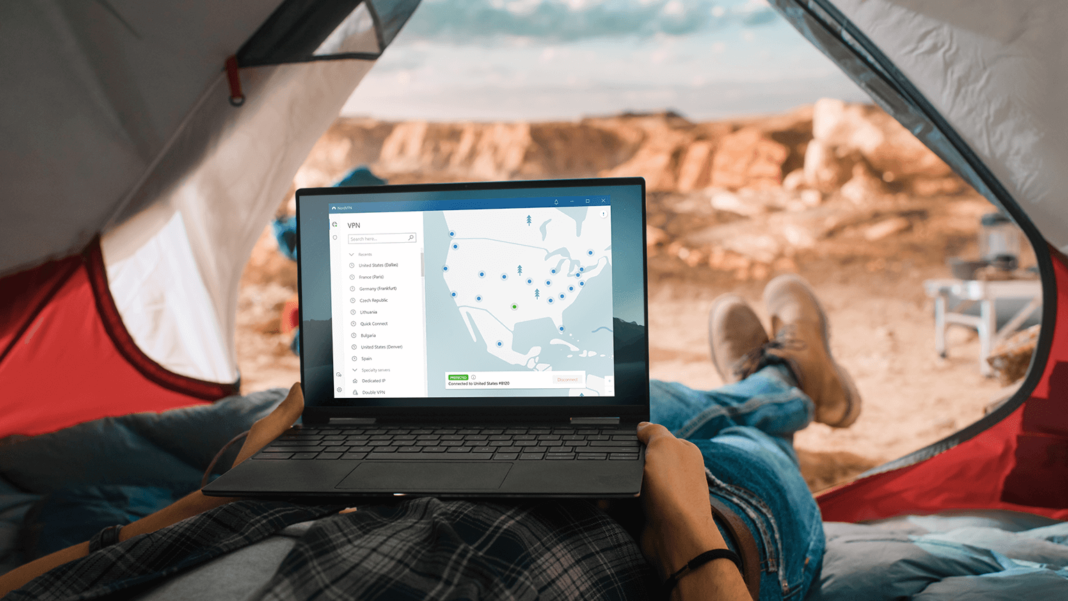 NordVPN is a major player in the VPN internet privacy and security space and has come a long way since starting out in 2012. The company has 5500 servers in 59 countries around the world. In this review, we cover how good NordVPN is and whether or not it is worth your money.

NordVPN does a great job of hiding your online activity from your IPS. NordVPN uses its own private DNS which will keep your data away from third parties. Its apps make sure that there are no DNS leaks, which we confirmed via DNS Leak Test, IPLeak, and other sites. You can also take advantage of the Double VPN system supported on PC, Mac, and Android if you want maximum security and privacy online.

If you need even better security then you can use the Onion over VPN support which sends your traffic through a NordVPN server first and then through three random Tor nodes, before it gets to its destination. I think this is as secure as you can get online. Bouncing traffic around does mean that you will have to deal with slower speeds but this is the worst-case scenario and not everyone is going to use the Onion over VPN feature.

NordVPN also has a kill switch that stops data leaks if the VPN connection is dropped. There are two of these in place. One is the general kill switch that disconnects from the internet when you are not connected via VPN. This can be turned off if you want. The other kill switch is the app kill switch which closes the application when your connection goes down.

With NordVPN, you get a Threat Protection system that protects you from trackers and malicious websites. It also blocks ads and can even scan your downloads for malware. You can use this feature with your anti-virus software too.

I have used a couple of free and paid VPNs for gaming and content streaming in the past and the free versions usually cut my internet speed in half which is not ideal since I have a 100mbps connection which is nothing to brag about in the first place. Paid VPNs usually perform much better. While using NordVPN my internet speed was only reduced by 8-15% according to my testing. This is very impressive indeed and I did not notice any real-work speed degradation while working, browsing the web, consuming content, or gaming.

I was able to stream YouTube at up to 4K without any buffering and was able to play Destiny 2 without getting disconnected from the server. Matchmaking in the game worked too which has been an issue for me in the past using other VPN services.

I do have multiple people using the internet in my house and each member has multiple devices connected which should be mentioned, even though they are not heavy bandwidth users.

You can have up to 6 connections at the same time on a single account. This means that you can have the VPN across all your devices including your desktop, laptop, phone, and tablet. For an added layer of protection, you can even use it on your router. With 5500 servers in 59 countries, you have access to a large network, and even if some random server is not working up to the mark you can switch to another one nearby to get better results.

NordVPN is also great for accessing geo-blocked websites and content like watching HBO Max outside of the US. I was able to stream content from Amazon Prime Video, BBC iPlayer, Netflix (US and UK), and Disney Plus without any issues. You also get P2P-friendly servers that support torrents, allowing users to use torrents in areas where it is prohibited.

NordVPN has a strict ‘no logs’ policy. This not only covers general internet activity logs but sessions as well. Generally, when VPNs claim to have a no logs policy they do carry out some form of session logging. It is nice to see that NordVPN has ruled that out as well as mentioned in the no logs policy:

Nord guarantees a strict no-logs policy for NordVPN Services, meaning that your internet activity… is not monitored, recorded, logged, stored or passed to any third party. We do not store connection time stamps, used bandwidth, traffic logs, IP addresses or browsing data.

NordVPN has three different plans that you can buy month, yearly, or 2-yearly. The prices included below are for the 2-year plan but you also get 3 months for free when you sign-up which increases the value even further. It should be mentioned that first-time buyers do get a discount and when you renew the service after the initial term is over you will need to pay more.

NordVPN offers impressive security and privacy, not to mention high speeds and a bundle of extra features. All things considered, it offers decent value for money, at least for the first term. I for one would definitely keep subscribing for the ease of use and functionality that I get.