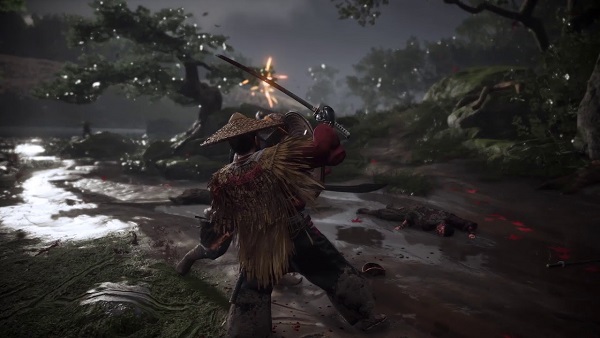 In the wake of Ghost of Tsushima’s new teaser, former Lead Artist posted on social media to discuss his involvement and congratulated Sucker Punch’s team.

Siamak Roshani was the lead character artist on Ghost of Tsushima and seems pretty happy with the results and is proud of his hard work.

Siamak Roshani had “sleepless nights” and he remembers the times he had to wake up early or “not even go to sleep to work on it.”

However, no one “really noticed those sleepless nights,” he says. He also hopes that Sucker Punch gives him proper credit for his work even though he left the company.

Still, this one aspect doesn’t change his excitement for the game’s release and appreciation for what the team has accomplished.

I worked hard as a Lead Character Artist alongside the team on all these characters and had to make decisions on the pipeline to make it smooth and get the best out of every artist and also tried my best to have the team to work on what they loved to work on most of the time.

we did our best to make something special!

I had hard times and good times but none of that made me stop working hard till the last minute. looking forward to seeing the final trailer and looking forward to playing the game and hopefully they will keep my name on the credits even though I left the company. I left back in August and never regretted my decision because I was looking for more challenges and wanted to have more achievements in life ( since life is short) and since then I only look forward to my future plans and to achieving much bigger goals in life. congratulations to everyone that worked on this game and I truly wish the best to those who worked genuinely hard and put their best. Never settle with what you have already achieved in life and set bigger/harder goals for your future and plans for the best and you will achieve them if you don’t give up and keep going!

It must be hard being unsure if you’ll get credit for 2 years of work or not. But that uncertainty is rather common in the gaming industry for as long as we can remember.

Usually, credit is given only to those who remained with the development team through the successful completion of a game.

The industry is getting better in terms of giving people credit for their work but they are no way near the movie industry.

The situation in the gaming industry took a turn for the better back 2014 when IGDA issued its crediting guidelines after 55 Manhunt 2 developers didn’t get any credit for their work. The instance sparked a year-long discussion around the topic which led to the IGDA guidelines.