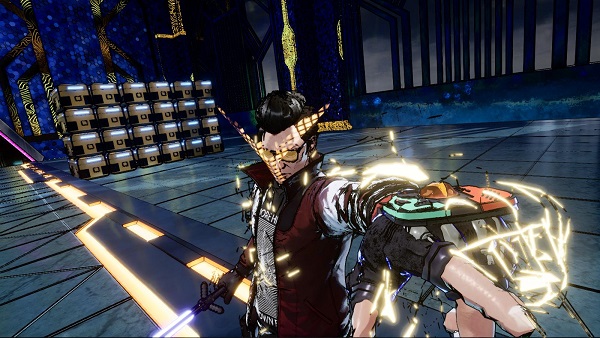 Players are curious to know the endings of No More Heroes 3. There are two endings to this video game and both are overwhelming in their own ways. Both the endings are directly related to Travis Touchdown, who we play as. This is the guide to enlighten you about how you can get the true ending in No More Heroes 3.

How to Get True Ending

The developers of the No More Heroes series, Suda 51, stated that Travis Touchdown will not be coming in future No More Heroes games. This doesn’t necessarily mean that there will be a No More Heroes game in the future. As, from the true ending, you may know that the story doesn’t end here and the plot of a new game has already been set.

You may or may not like a certain ending. As, it could be a blessing for some, and not so cool for others. In No More Heroes 3, you don’t need to fill any extra requirements to trigger the true ending. You can just wait for a couple of minutes after; you have completed the game. This is where the game rewards you with the true ending.

To trigger the true ending, you will have to wait after completing the game and a short cinematic is triggered. This cinematic shows our character, who meets Jess Baptise V, father of Jess Baptise IV (FU). After the negotiations with Jess Baptise V fail to succeed. He states that he will rule the earth, but is killed by Travis Touchdown’s twins.

The twins, who kill Jess Baptise V claim to have come from the future, where Travis got beaten up by Henry cooldown. So, they ask Travis’s help to get back what is supposed to be theirs.

This is everything that we have on how you can get the true ending in No More Heroes 3. For more help on the game, feel free to check out our detailed No More Heroes 3 wiki guide.