Home No Man's Sky No Man’s Sky Ships Guide – How To Get An Exotic Ship,... 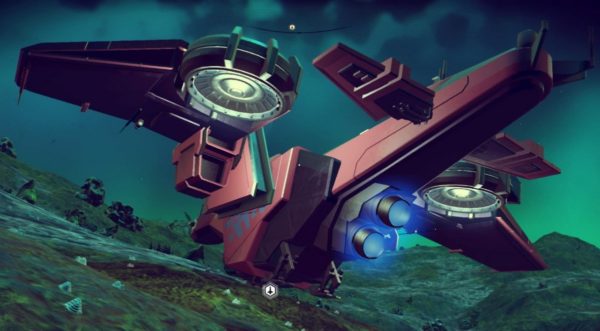 Ships are a must have in No Man’s Sky but different ship classes and class rating can make it difficult to choose. Our No man’s Sky Ships Guide will help you with all ship classes, how to acquire an exotic ship and more.

Ships are the essential tools for No man’s Sky players as without them you can’t go anywhere. Players can own multiple ships and can store them a freighter, if they have purchased one. Our No man’s Sky Ships Guide will help you with all of the ship classes in the game, how to buy new one and how to get an exotic ship.

Shuttle
This ship class provides all-round functionality with decent combat and warp capabilities. Not only that, it features quite a lot of storage space but, not as much as a freighter.

Explorer
This class offers ships that suit perfectly for those who like to go further in the void. These ships are the best option to travel to red, blue and green star systems thanks to their hyperdrive upgrades.

Transport
As the name suggests, this class provides ships that are best to transport resources. This class of ships is best suited or players farming resources throughout the universe and selling them.

Fighter
The name says it all, these ships are specially designed for space combat. Some ships come with already installed weapon upgrades. With a fast weapon cooldown and a better handling, no other ship class comes to these agile ships.

Exotic S Class Ships are the pinnacle of the space ships that you can find in No Man’s Sky. Each exotic ship has unique design and animation. To get one, you just need to wait in a space station and eventually one will land and you can claim it.

These exotic ships can be found in booming economies and there one exotic ship per system. Also, acquiring one will cost you 15 million units so checkout out how to earn units fast guide.

How To Buy And Sell Ships

There are two ways in which you can buy a ship in No Man’s Sky. First, choose the ship that you want to buy and then you’ll get those two options. You can either buy the ship outright, which would be expensive, or you can trade in your already owned ship for a discount.

As for how to sell ships in No Man’s Sky. Unfortunately, you can’t sell ship in the game and the only way to get rid of a ship is to trade it for a discount on the new one.

That is all for our No Man’s Sky Ships guide with tips on how to buy new ships, ship classes and how to acquire exotic ships.