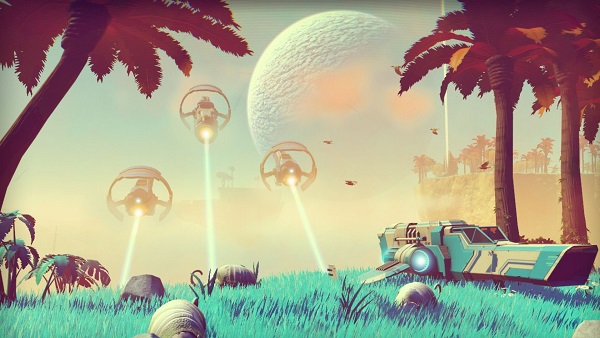 Resources play a major role in the technological development within the game as you acquire rare and useful tools. This, in turn, allows you to be more efficient in terms of exploration and dealing with the wild-life on many planets.

Moreover, you’re also able to make a lot of that galactic cash by selling these resources. Read down below to learn about the essentials of resource gathering along with many common obtainable materials in No Man’s Sky.

Resources are usually mined from raw materials and further broken down into elements or ingredients. The elements are concentrated in Resource Deposits situated in certain parts of the different planets. These deposits include both metal nodes ranging from Copper to Indium, and organic localized materials like Phosphorus and Ammonia. Resources from these nodes are acquired via the use of  Terrain Manipulator, Exocraft Mining Laser or Autonomous Mining Unit.

Some of these elemental resources will be found in crystallized forms. Here blue crystals represent Di-hydrogen, red crystals being that of Condensed Carbon and yellow being composed of Sodium Nitrate. All can be broken down and harvested using the Advanced Mining Laser tool. For elements like gold, platinum, silver, and tritium which are usually found in asteroids, they can be harvested with any starship weapon.

Alternatively, the resources can be obtained by harvesting plants (carbon, oxygen, sodium etc.), killing, feeding or befriending creatures and sentinels (coprite, mordite, meaty chunks etc.) , opening craters and chests and generally via exploration. We suggest you use your Analysis Visor to detect resources which will appear as diamond-shaped icons on the screen. Every time you successfully scan an undetected creature or resource, you’re awarded a monetary bonus which you can further increase with upgraded scanning devices.

The resources obtained can be used in the creation of baits for taming creatures, as materials for multi-tools (Nutrient Processor) and starships production. They can also be utilized in base building, where they play a rather important role.

Alternatively, when you feel you don’t want to put these resources to good use directly, they can be sold on the galactic market. A full list of elements along with their base value, group and rarity is listed below in the table.

This is the end of our No Man’s Sky Resources guide if you need to know more about the game check out Money Guide – How to earn money, Meaty Chunks Guide, and Creature Taming Guide.