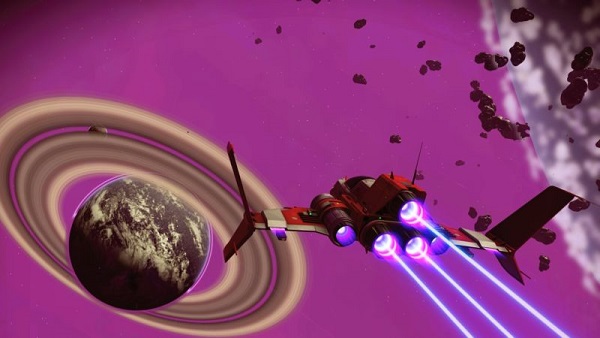 In appearance, Gravitino Balls are growing blobs of light which is the end-result of “divergent super-gravitational forces”. Enough chatter about the nature of the resource, let’s get to the real thing. How do you acquire them?

Thankfully, there a bunch of ways you can obtain the Gravitino Balls in No Man’s Sky. In terms of pure exploration, the player might get hands on the resource by opening Buried Chests with Ancient Keys, or by scanning the terrain of different planets with the Analysis Visor.

Alternatively, and this is the more reliable method, you can complete expeditions in No Man’s Sky to collect Gravitino Balls as the quest reward for successful completion. You can double down on this method by upgrading your fleet of Frigates so that you can take part in multiple Expeditions at a given time. This increases the chance of acquiring Gravitino Balls as a reward.

Lastly, while traversing the uncharted territories, deconstructing abandoned and wrecked ships might grant you with Gravitino Balls which you’ll find in the inventory.

With that said, not all planets have the same density of Gravitino Ball clusters. If you were to find the resource via exploration, our best bet is to scrounge the Doomed Planets in the Red Star System as these lands have abundant resources of Gravitino Balls. Oh, and more often than not, gathering a Gravitino Ball will incur the wrath of the sentinels who will rage at you with aggression. Beware of them and find your escape!

This marks the end of our No Man’s Sky Gravitino Balls Farming Guide. For more information regarding the game, be sure to check out our guides on Meaty Chunks and how you can milk animals in the game.