Home Guides No Man’s Sky Beyond Meaty Chunks Guide – How to Get Meaty... 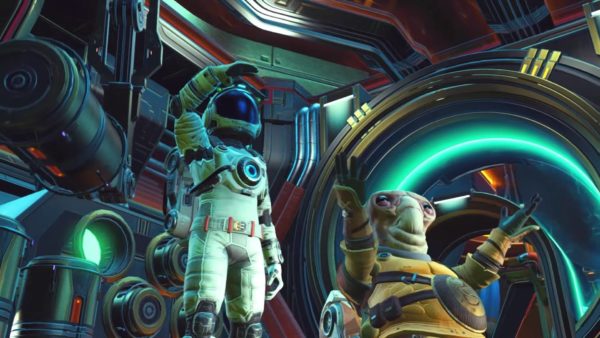 In your quest to tame a variety of alien creatures and craft materials, you’ll need all the resources you can get. One of these is the Meaty Chunk which you can farm in particular regions of the map in No Man’s Sky Beyond. Learn how to collect the resource and up your creature taming game. In this No Man’s Sky Beyond Meaty Chunks guide we are going to walk you through how you can get Meaty chunks in the game.

Collecting Meaty Chunks in No Man’s Sky Beyond

There are over 300 cooking recipes in No Man’s Sky Beyond and most of the creatures require specific bait to be lured and tamed. While most resources are acquired from harvesting plants, the rest have to do with the creatures themselves. It would be convenient if some creatures defecate certain materials, but resources like Meaty Chunks, can only be acquired by killing.

To obtain the resource, first make your way to any planet that supports and sustains wildlife. You will get an idea as soon as you land, since you’ll be able to observe the many breathing animals in the environment. Most, if not all, creatures will grant you a item from the Meat category once they’re eliminated. These include Meaty Chunks, Leg Meat and more. So keep going the violent route and putting down these creatures until you’re able to collect Meaty Chunks off of them.

The chances of gaining a Meaty Chunk is rather high since it’s a common drop item from killing these creatures in  No Man’s Sky Beyond. Originally, in the base game, these creatures would award you a different resource, Mordite. However, that has been changed with the Beyond update for the game.

For more information regarding the game, be sure to check out our guide on how you can milk animals in the game.