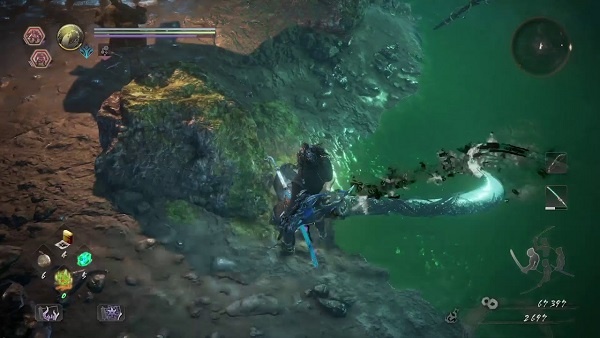 In our Nioh 2 guide, we will reveal all the Kodama locations for The Viper’s Sanctum main mission. There are 6 total Kodama in this main mission and each will reward you with bonuses. Kodama are lost special NPCs that you must guide back their Shrines.

Kodama are lost NPCs that must be sent back to the shrines. Once a Kodama reaches its shrine you unlock bonuses for shrines in that area. Kodama will hide and become unresponsive if you attack them. However, they will come up again after a short while. By guiding them you can earn additional Elixirs from the shrine of that region.

Head straight from the first shrine and make a right. There is an enclosure ahead where you will find some wooden boxes. Break the boxes and you will find a Kodama.

Head straight from the first shrine and make a right to reach a big center house. You will find a Kodama on the side of this center house.

Follow the left path from the Circular center from the second shrine. There is a fake wall here that you can destroy to create a shortcut. Players are free to take the normal route but the shortcut is easier. Continue to the left path to reach a puddle. There is Kodama hiding behind some rocks nearby

There is a broken bridge at the inner sanctum where you will notice a pool of poison.

The next Kodama location in the Head The Viper’s Sanctum main mission is inside a cave on the east side where Nure-Onna is wandering. The Kodama you are looking for is behind a dead body.