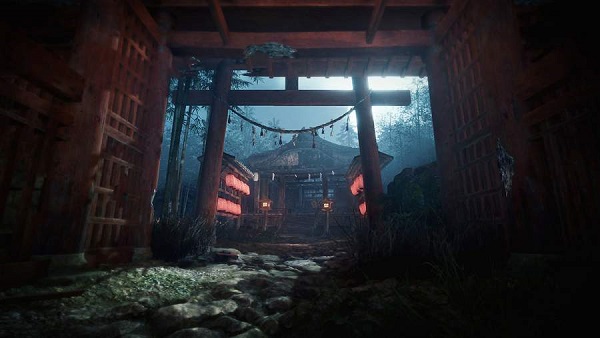 Nioh 2 features a ton of Kodama for you to find which is a great way to farm Elixirs. In our Nioh 2 The Hidden Monsters of Okehazama Kodama locations guide we will reveal all of the locations in this main mission. Kodama are special NPCs that are lost, roaming around the map and you must send them back to their shrines.

Kodama are lost NPCs and if you send them back to their shrines you can unlock bonuses at shrines in that region. You can additional Elixirs from the Shrines when a Kodama is back to his location. However, if you attack near a Kodama it will hide and become unresponsive.

There is nothing to worry though as they will be back to normal shortly. There are 7 Kodama locations in The Hidden Monsters of Okehazama main mission in Nioh 2.

Look inside the cave near the starting point to find your first Kodama in this main story mission. The Kodama is in the second room of the cave.

From the first location go back to the room where some Gaki are waiting for you. Head up the slope on the right into another path where you will find an Enki. The Kodama is just past the Enki.

The next Kodama location is right outside the cave from the first and second locations. Go up the steep path and towards the forest area where you will find a Nure-Onna. The Kodama is nearby behind the grass.

From the second shrine go down the slope and in the cave. Follow the candles to the large room where two Nure-Onna and Gaki Yokai are. Take them down and go to the red broken torii gate and to the path on the left. The next Kodama can be found here.

The next Kodama is in the Dark Realm where you face the One-Eyed Oni which is the source of the Dark Realm near the fourth location. Once you manage to clear the area go up the shrine in the center and look to your left. The Kodama is in some bushes.

The next Kodama is at the corner of a broken house that is at the end of the village that’s affected by the Dark Realm.

The final Kodama location from The Hidden Monsters of Okehazama mission in Nioh 2 is near the mission’s objective. Move around the barricades to the left and reach the burning tree. The Kodama is behind some sacks nearby.

These are all the Kodama locations from The Hidden Monsters of Okehazama. If you need more help with the game check out our Nioh 2 guides hub.