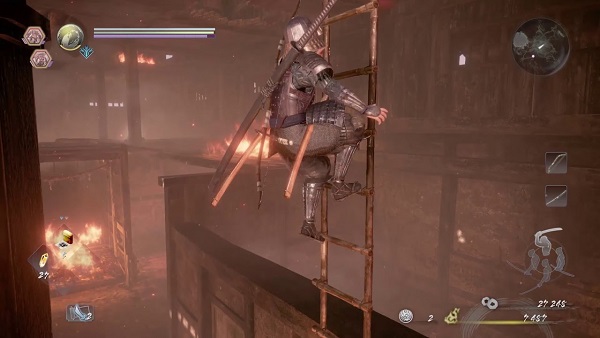 Nioh 2 features a ton of Kodama in each main mission and many of its side missions as well. In our Kodama locations guide we will reveal all of the locations from The Beast Born of Smoke and Flames main mission in Nioh 2. Kodama are lost special NPCs that must be sent back to their shrines to get bonuses.

The Beast Born of Smoke and Flames Kodama Locations

There are 7 Kodama in The Beast Born of Smoke and Flames main mission. Each of them is easy to find so nothing to worry about we got you covered. Once you find Kodama guide it to its shrine to unlock bonuses for that area. Kodama will hide and become unresponsive if you attack them. However, don’t worry as they will emerg again after a short while. When a Kodama reaches in Shrines, you will get Kodama blessing which will get you more Exilirs from the shrines of that region.

The very first Kodama is behind a house on the east side close to the slope that leads to a well-structured house.

Look on top of a house behind some sacks. You can get to the top via the plank that’s connected to the rooftop near the white Toriii gate that leads to the Ippon-Datara.

The next Kodama is at the cave under the shrine where you come across Senji Toyo. The location is behind a few stacked wooden boxes where you’ll find a Gaki as well.

Go to the Village engulfed in the Dark Realm, the Kodama is underneath the village. Look for a barn on the west side of the area close to the entrance of the real where you face a Dweller for the first time. Go down the ladder and you will find the Kodama behind some wooden boxes.

The next Kodama is outside the entrance of the Great Forge. Go from the left side corner of the torii gate and you will find the Kodama who is guarded by a Gaki.

The next Kodama location is on top of a building. You need to reach the second floor of the Burning Forge where you come across Enki, then go up the ladder that will take you outside the Great Forge. You will find the Kodama at the northwest edge of the roof.

The final Kodama is on the third level of the Great Forge, behind the pillar near the big chest and pale of water.

These are all of the Kodama locations in The Beast Born of Smoke and Flames main mission from Nioh 2. If you need more help with the game check out our Nioh 2 guides hub.