Home Guides Nioh 2 How to Beat Kamaitachi in Nioh 2 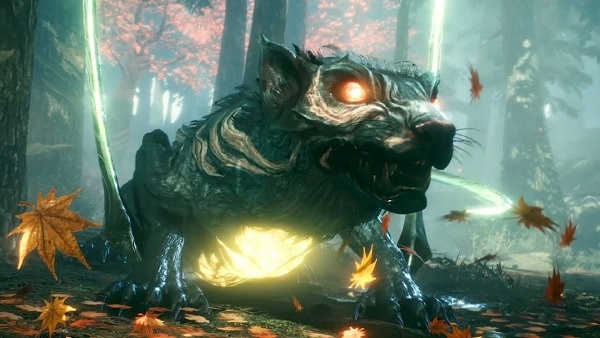 Kamaitachi is one of the bosses in Nioh 2. It’s a Weasel Yokai who’s capable of landing in some attacks with its claws and tail. Kamaitachi has a handful of resistances including Lightning, Poison, and Paralysis – something you shouldn’t use against it. Once defeated in battle, it will drop the Kamaitachi Soul Core and Rising Winds skill. Let’s go over some tips and tricks that will help you easily beat Kamaitachi in the game.

You’ll encounter Kamaitachi in a couple of missions i.e. the Mysterious One Night Castle and The Bloodstained Winds of Chaos. Since Kamaitachi likes to move around the arena, you should consider using a far-reaching weapon.

Once the fight with Kamaitachi starts, try to dash in and land a handful of attacks. If you’re unable to do so, just close in the distance and get ready to block. As mentioned earlier, the boss in Nioh 2 will spend most of its time leaping away from you – closing in on the distance is half the battle here.

If you see Kamaitachi hurl projectiles at you, immediately start blocking them. These can whittle away at your HP rather quickly so be sure to guard and not worry about your Ki a whole lot. While the boss is recovering from these hurling these projectiles, try to get in, land a couple of quick blows, and get back.

Kamaitachi also has a spinning attack and a 3-hit combo ending with a tail attack. Both of these attacks provide excellent opportunities to land in your counter hits after they end. If you’re able to dodge these attacks, you’ll preserve some Ki for its final attack during which it starts to clone itself.

During the cloning attack, Kamaitachi will start replicating itself. If you managed to conserve some of your Ki from its previous attacks, you’ll have an easier time here. If not, then focus on staying alive and use cover in the area to avoid taking a lot of damage. Also, note that you’ll be able to land in a few hits at the start and end of the clone attacks so make sure to capitalize on those.

Continue to whittle away at its HP and you’ll easily defeat Kamaitachi in no time. Once defeated, you’ll earn the Kamaitachi Soul Core and Rising Winds skill.

This is how you can beat Kamaitachi in Nioh 2. You can check out our complete coverage of Nioh 2 by heading to our wiki.