RespawnFirst
Home Guides Nioh 2 Nioh 2: The First Samurai In Search of the Elixir Kodama and... 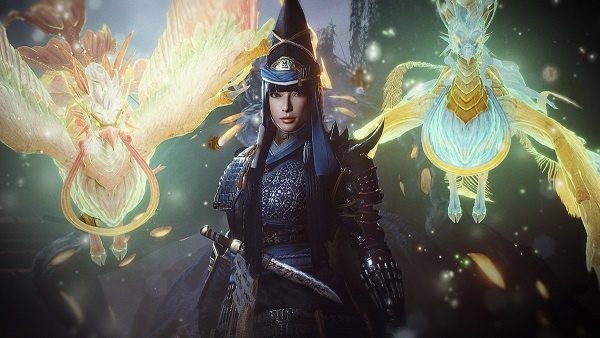 Nioh 2: The First Samurai In Search of the Elixir Kodama and Hot Springs Locations

Kodama are creatures lost from their shrines whom you can guide to acquire an additional Elixir.

Hot Springs, on the other hand, restore all your HP and gives temporary healing over time. These can only be used once unless you pray at a shrine, which also respawns all enemies in the area. It’s generally a good idea to use a Spa before difficult sections or boss fights.

Most of the Hot Springs are usually found in secret rooms behind Nurikabe disguised as walls with glowing red eyes. To get past these yokai walls, you can either fight the Nurikabe or try to guess the color of the gesture i.e. red, yellow, blue.

The color of the gesture is random on every playthrough. If you’re unable to guess the correct color in two tries, you’ll have to fight the Nurikabe. Guessing the correct color will let you pass without a fight.

Kodama #1
From the 1st shrine, continue toward the large tree in the middle and up the narrow path. Don’t take it all the way to the other side and instead head right after whenever you can. You should see it in the hole.

Kodama #2
You need to continue to take the narrow path around the tree to the 2nd shrine and check the brushes on a little left of the shrine to find it.

Kodama #3
From the 2nd shrine, head down the path on the left and take the ladder all the way down. This is the area where you’ll find the Kodama.

Kodama #4
From the 2nd shrine, head down the ladder and then head up using the other ladder. Once you’re up, break the wooden crates to get the Kodama.

Kodama #5
This one is located in a corner (right next to a statue) in a side room next to the 3rd shrine.

Kodama #6
From the 3rd shrine, break open a wall and pull the lever to reveal a new path. Immediately after heading out, check your left side to find the final Kodama of the sub-mission.

Hot Spring #1
From the 2nd shrine, head down the ladder and fight the red-eye wall to get to the first Hot Spring.

Hot Spring #2
The 2nd Hot Spring is in the same area. It’s out in the open and not behind any kind of Nurikabe.