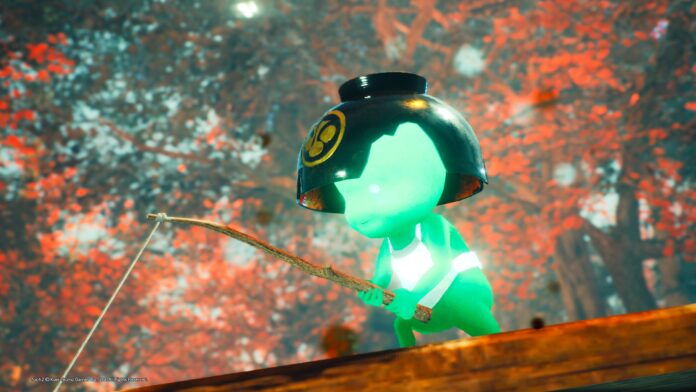 Nioh 2 The First Samurai DLC is out now and during the missions, you can find hot springs and kodamas scattered across the world. In this Nioh 2 guide, we are going to go over kodama and hot spring locations during the main mission A Distant Dream.

The following are the kodama and hot spring locations in A Distant Dream in Nioh 2:

Cross the wooden bridge and head past the hut on the right. After the hut take a right. Proceed forward without taking the right path and you will reach another torch. You will find the hot spring next to the skulls. 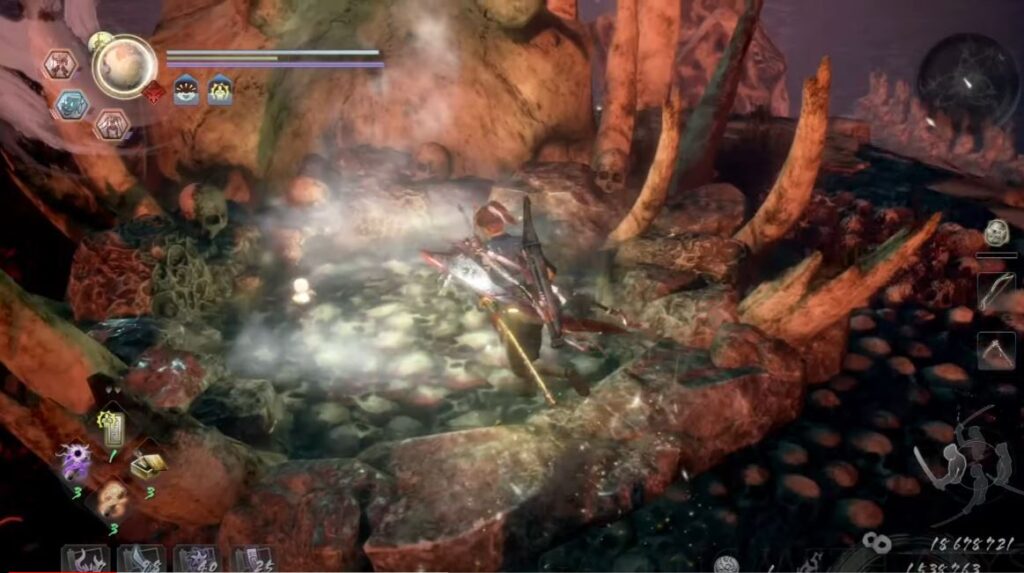 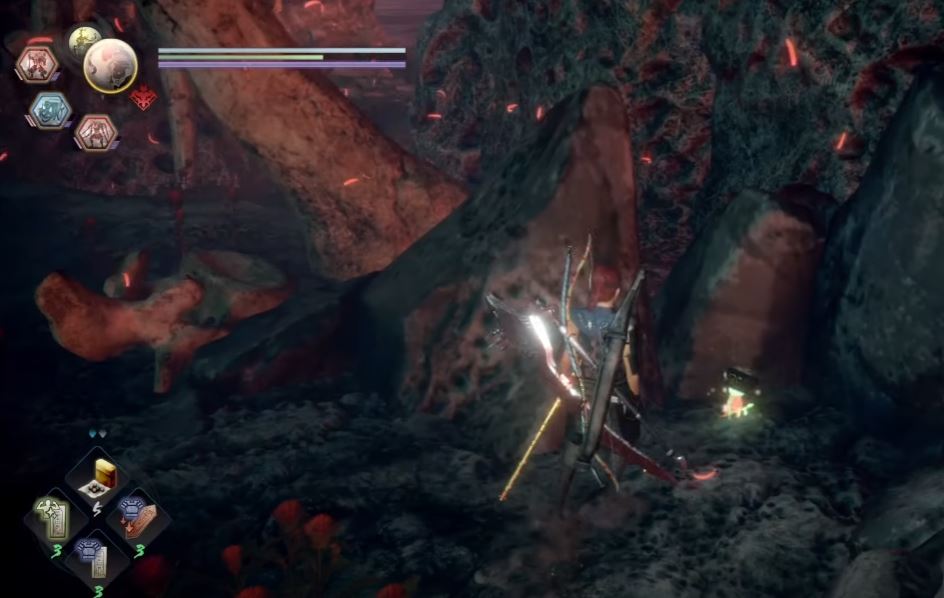 Head back and take a right. Get on the wooden platform and cross the bridge. Take a left and then left again. Take the entrance on the left when you see a gate. 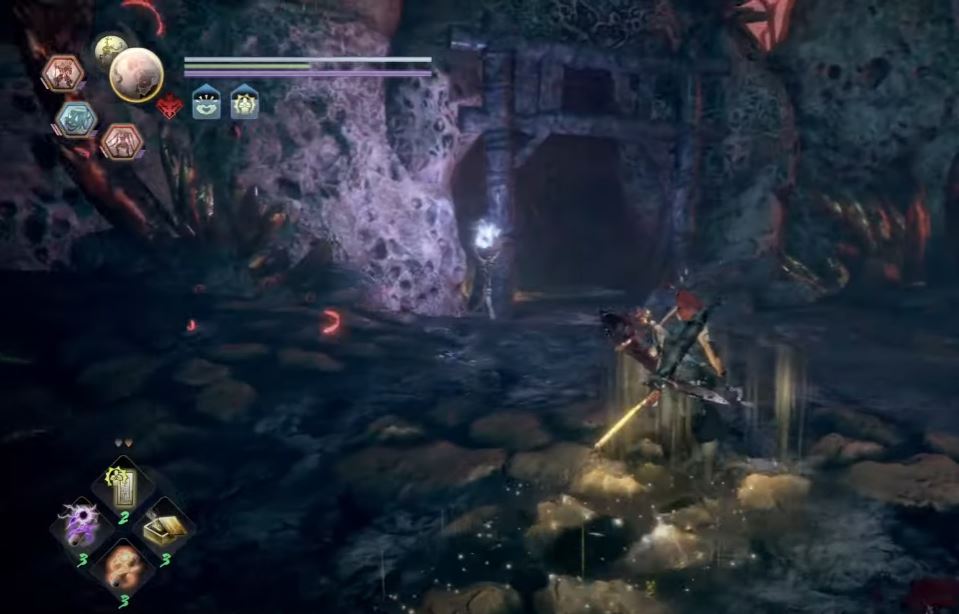 Go inside and take a right and you will find the Kodama on a rock as shown in the image below: 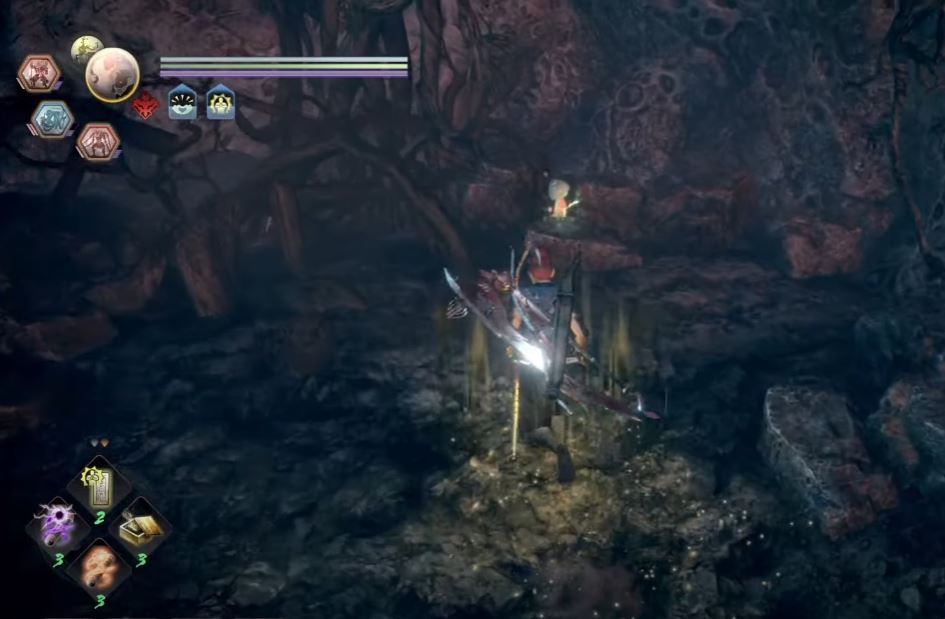 Come out of the cave and pull the lever next to the game in order to open it and then head on inside. This is where you will find the next kodama. 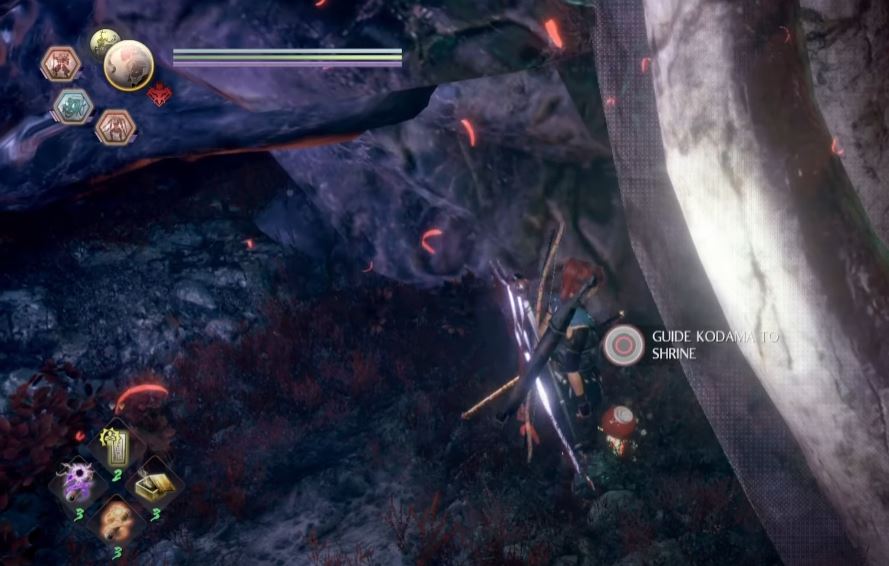 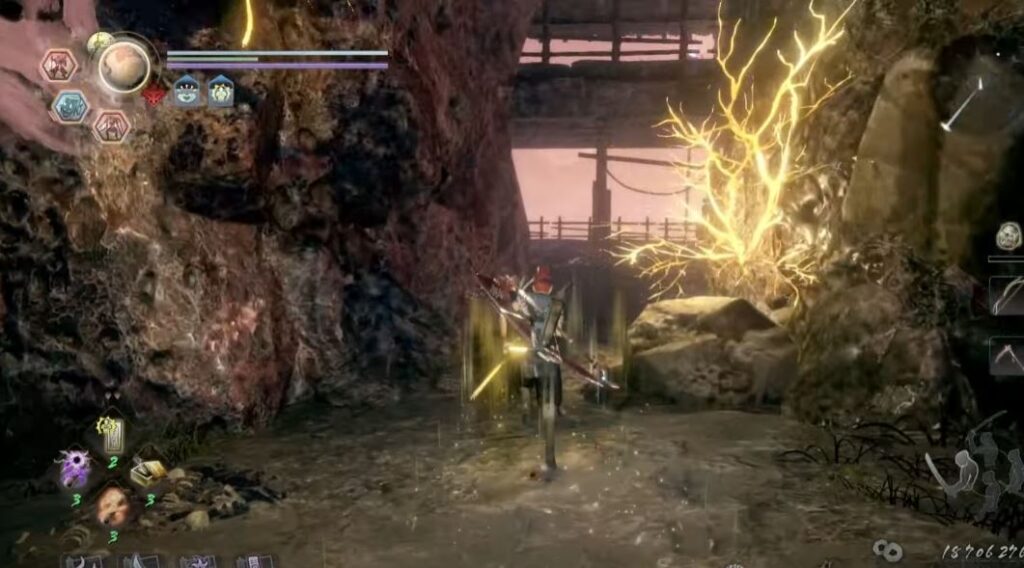 Climb the ladder and go up. Go to the left and you will find the kodama behind the wooden pillar as shown in the image below: 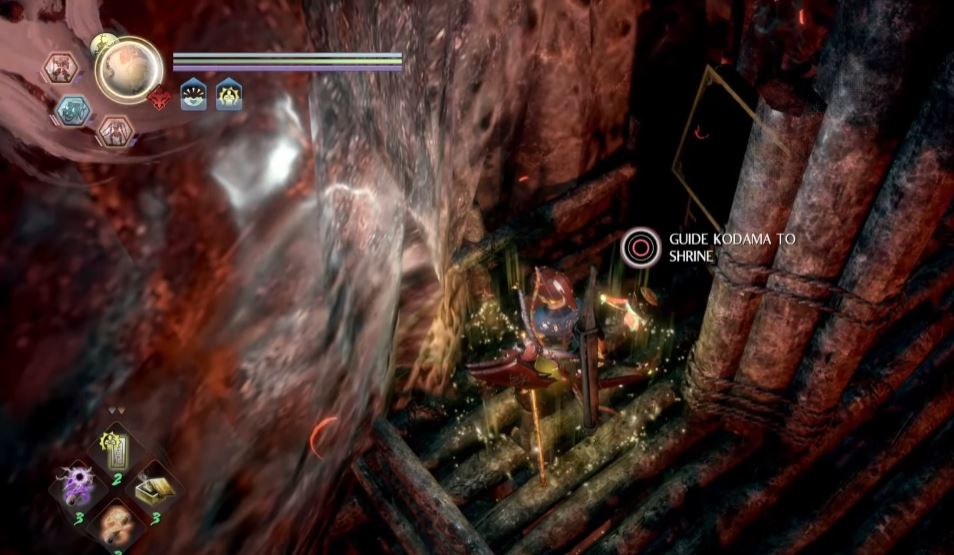 Jump down onto the wooden bridge below from the right side of the platform. Proceed forward turn right and then an immediate left. Climb up the terrain to find the kodama as shown in the image below: 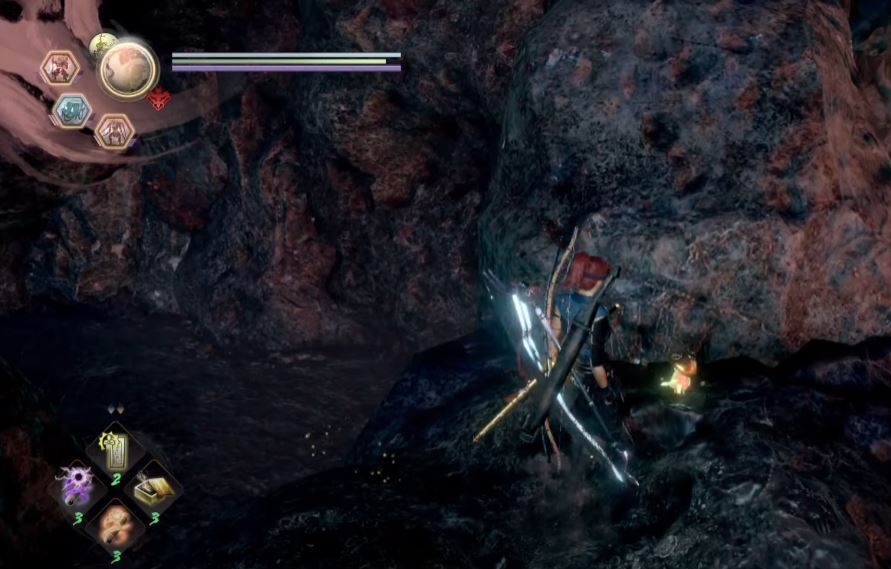 Jump down and proceed forward to the bridge and get to the platform shown in the image below: 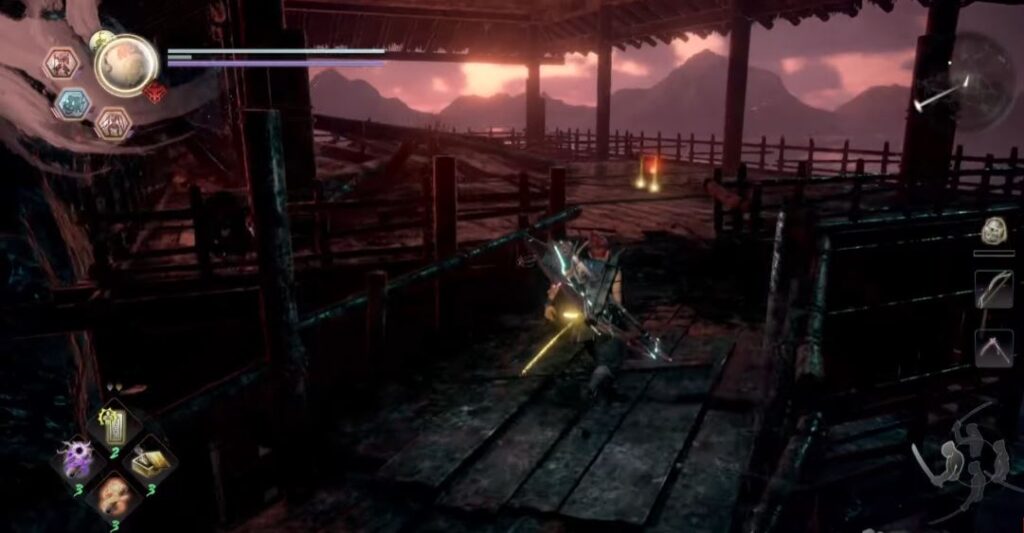 You will find the Kodama behind the pillar on the left. 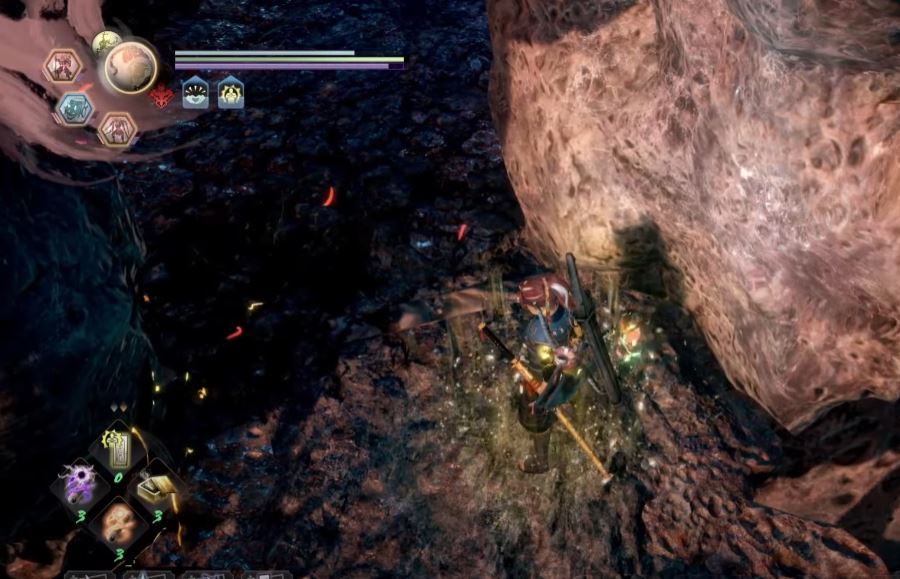 Jump down the platform that you are standing on for the last kodama and you will find the hot spring on your right.

Take the small path next to the hot spring in order to find the kodama as shown in the image below: 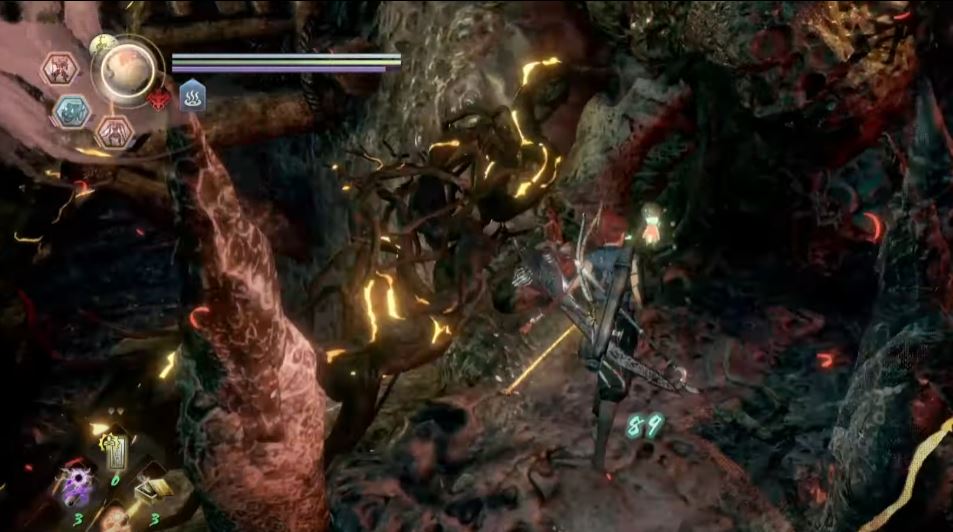 Come back and proceed forward. Jump down to the lower level and turn 180 degrees. Take the spiral down and then use the ladder at the end to go down. You will find a gate on your right with a switch. Stand on the switch to activate the platform and it will take you downwards.

Get out of the platform sticking right and then take a left. You will find the kodama as shown below: 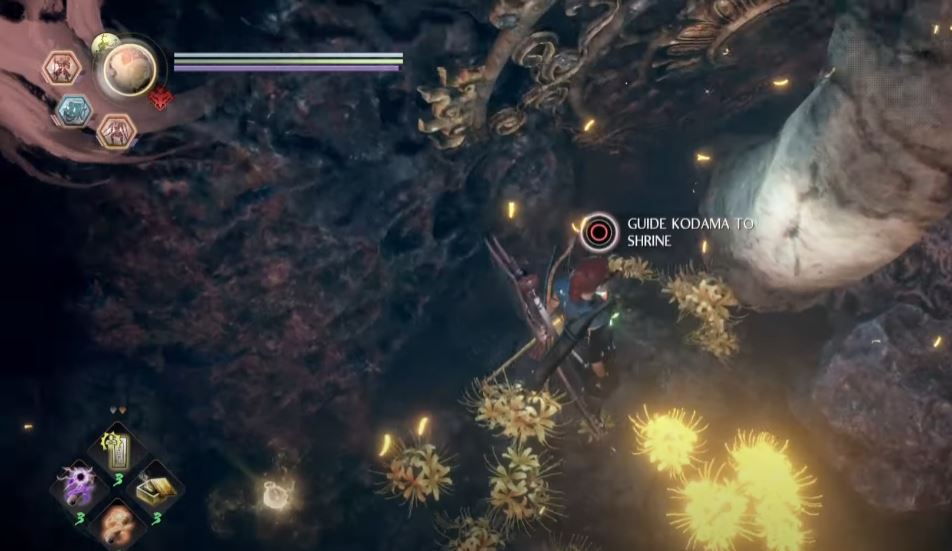 These are the kodama and hot spring locations during the main mission A Distant Dream in Nioh 2. If you are interested in learning more about the game then you can check out our Nioh 2 guides hub.