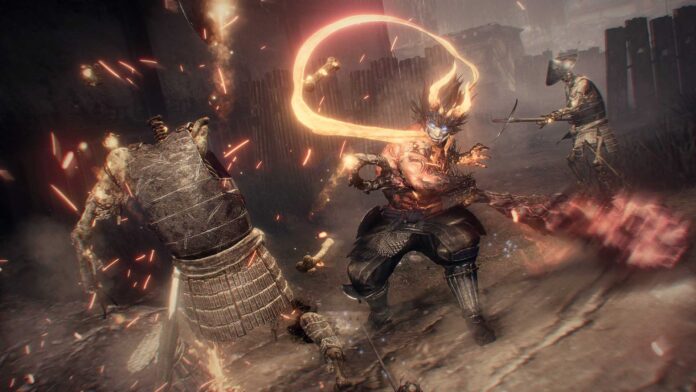 Nioh 2 isn’t an easy game and it has a lot to offer in terms of collectibles and side content. In this Nioh 2 The First Samurai Guide, we will help players with the locations of all of the Kodama and the hot spring location in the Dawn of the Demon quest.

Dawn of the Demon All Kodama Locations

Finding Kodama in Nioh 2 can be very helpful. These tree spirits wander away from their shrines and players have to find them and tell them the way back. With each Kodama returned to the shrine, players will receive a Kodama’s Blessing along with the increased number of elixirs granted by the shrines in that region.

However, these Kodamas have to be found in missions and if players miss them, they can play the mission again to find them. In this Nioh 2 The First Samurai Guide, we will help players with all of the Kodama locations in the Dawn of the Demon mission so that players can find them easily.

The first Kodama can be found at the start of the mission behind a hut. Players can see the hut with a fallen tree right next to it in the image below. Just walk to the back of the hut through the marked passage and players will find the first Kodama in Dawn of the Demon.

Now go back to the main path and through the Village Gate. There are a lot of wooden structures here and the third Kodama in the Nioh 2 Dawn of the Demon mission is on top of these wooden structures. As you enter the village, go right into the fourth wooden hut and there will be a passage through it. Use this passage to get on top of these wooden huts and go left. Players will find the Kodama here as shown in the images below.

From the last Kodama, follow the path ahead and get back to the main path. To your left will be a ladder that you can use to get down. Use the ladder and the Kodama is right next to the ladder as that end.

From the last Kodama, climb back the ladder and follow the main path until you come across a shrine and there will be a companion with you. From the shrine, go left there will be a wooden bridge. Drop down the bridge and look into the bush. The Kodama will be there.

From the last Kodama Location, go back through the waterfall path and go right. Follow this path through the trees and to the dry land shortly ahead. To the right will be a wooden ramp, use this to climb up and drop down the bridge from the highlighted point shown in the image below. As you drop down, turn around and the Kodama will right in front of you next to some rocks.

From the last Kodama Location, get back on the path below, from where you climbed the wooden ramp. Follow the path straight until you get to a broken wooden bridge. The Kodama will be right in front of you as shown in the image below.

From the last Kodama Location, turn back around and start moving ahead and take the first right where the shrine is. Follow the path next to the shrine and it’ll take you to the Hot Spring.

Go back to the shrine from the Hot Spring and follow the path opposite to it. Keep moving forward until you see the water. Go left from here through some big red flowers. At the end go right into the hollow tree stem. Follow the path until you come to the area shown in the image below and the Kodama will be right in front of you.