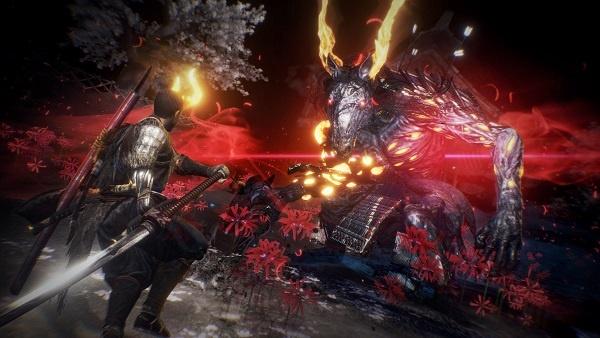 There are 8 Kodama scattered in Corpses and Ice mission of Nioh 2. These little fellows lost their way from the Kodama Shrines and can be found to earn some benefits. Once found, you can direct them back to nearby Kodama Shrines. For every 5 Kodama found in Nioh 2, you’ll be provided with an additional Elixir for the region which can be really helpful. If you manage to find all 150 Kodama, you’ll unlock the “Kodama Leader” trophy.

The following are all the Kodama that you can find in Corpses and Ice main mission. Do note that if you’ve already played through the mission, you can always replay it and collect your missing Kodama NPCs.

Kodama #1
From the Dark Realm, you need to head down the wooden stairs near the sniper tower. Once you’re down, break some wooden boxes on the right side to find the first Kodama.

Kodama #2
Again, in the Dark Realm area, you need to head to the area where the Enki Yokai is and you’ll find the Kodama outside a house, right next to a box.

Kodama #4
Right in the middle of the second and third Kodama Shrines, you’ll enter a building with a powerful samurai you most likely didn’t encounter until this point in the game before. After defeating the enemy, check the left corner of the left room to find the next Kodama – behind some wooden crates.

Kodama #5
From the previous Kodama, you need to head up the staircase, go through a doorway, and find another Kodama hidden behind a small staircase.

Kodama #6
While standing on the third Kodama Shrine, you need to head inside the small shack on the left side of the shrine to find another Kodama in the corner.

Kodama #7
From the third Kodama Shrine, you need to cross the bridge and proceed toward the broken wooden bridge. From there, you need to continue to drop onto the wooden scaffoldings below to find another Kodama in a corner.

Kodama #8
After you’ve destroyed the blue crystal near the third Kodama Shrine, you need to wrap around the area on the right side to get to a scaffolding leading to a rooftop which has the final Kodama collectible in the mission.

These are all the Kodama NPC collectibles that you can find in Corpses and Ice main mission. For our complete coverage of Nioh 2, check out our Nioh 2 wiki page.