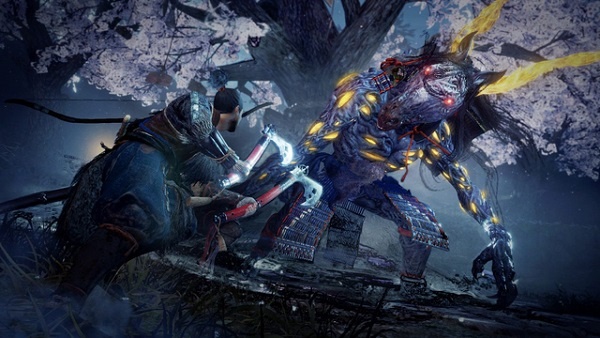 Bird in a Cage main mission of Nioh 2 holds a total of 7 Kodama NPC collectibles that you can find. It’s generally a good idea to locate all of these as you progress through the game since you get an Elixir from the Kodama Shrine for every five Kodama found and the “Kodama Leader” trophy if you manage to find all 150 in Nioh 2.

In this guide, I’ll walk you through the locations of all the collectibles found in Bird in a Cage main mission.

The following are all the Kodama that you can find in Bird in a Cage main mission.

Do note that if you’ve already played through the mission, you can always replay it and collect your missing Kodama NPCs.

Kodama #1
You need to head inside the first spider cave and look on the rooftops below after you head out to find the first Kodama.

Kodama #2
Near the previous Kodama, you’ll encounter a Tesso in a cave. The place where the Tesso usually is holds a Kodama.

Kodama #3
The next Kodama is located on the left side of the Yoki rolling a barrel down a hill. It should be underneath a broken house or what’s left of it.

Kodama #4
After the second mortar field, you’ll enter a cave with a lot of Tesso. To exit the cave, you’ll have to climb up a ladder that has a Kodama right next to it – at the top.

Kodama #5
The next Kodama is located in the building with a couple of poisonous pools. After clearing the building of all enemies, listen to Kodama’s sound and it should take you behind the large white wall.

Kodama #7
After collecting the previous Kodama collectible, drop down from the blue bridge and drop down again to find a Hot Spring Spa and the final Kodama NPC of the chapter.

These are all the Kodama NPC collectibles that you can find in Bird in a Cage mission. For our complete coverage of Nioh 2, check out our Nioh 2 wiki page.