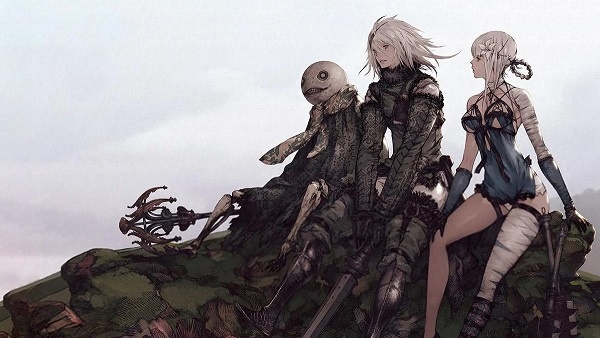 There are a total of eight Sealed Verses in NieR Replicant. These are abilities that Grimoire Weiss can use in battle to aid players. Almost all of them are tied to boss fights and are incredibly powerful when used correctly. In this NieR Replicant guide, we’ve shared the locations of all 8 Sealed Verses that can be found in the game.

Sealed Verses can only be found after meeting Grimoire Weiss in the Lost Shrine for the first time. Once done, the first Sealed Verse will become available. For the remaining ones, players will need to progress through the campaign.

Normally, a maximum of two Sealed Verses can be used from the “Abilities” menu. This number, however, can be increased to four by letting go of other abilities like blocking, evading, etc. Sealed Verses also level up automatically as the main character levels up. Below, we’ve shared a complete list of all the Sealed Verses, their locations, and effects:

Dark Blast
This is the first Sealed Verse which is automatically unlocked in the Lost Shrine. It fires small bursts of magic energy. The initial burst always deals additional damage which is why players can continue to tap the action button for the added bonus.

Dark Lance
This one becomes available after Hansel & Gretel boss fight is completed. It hurls a magical spear in the direction of enemies that deals a large amount of damage. Remember that it can be charged to aim at the desired location.

Dark Hand
This one is unlocked defeating Hook in the Deserted Tent. It sends out a massive magical hand that damages enemies and can be charged to deal additional damage.

Dark Phantasm
This one requires defeating Hook for the second time in The Aerie. It creates a replica of NieR which lunges forward and attacks enemies in a radius.

Dark Gluttony
While in Junk Heap, defeat Gepetto in the area to obtain this Sealed Verse. It imbibes all incoming projectiles into a massive energy ball that can be tossed back at enemies.

Dark Wall
The sixth Sealed Verse requires players to defeat Shahriyar at the Barren Temple. It can be used to create a spherical barrier around NieR that blocks all incoming damage for a short while. Remember that it can be charged to completely cover NieR.

Dark Execution
Players need to lift Mayor from his Deathdream in the Forest of Myth to acquire the Dark Execution. It summons multiple spears from the ground in the direction of enemies.

Dark Whirlwind
For the final Sealed Verse, players need to defeat Grimoire Rubrum at Emil’s Manor. It creates blades around NieR that spin like a whirlwind and damage all enemies that it comes in contact with.