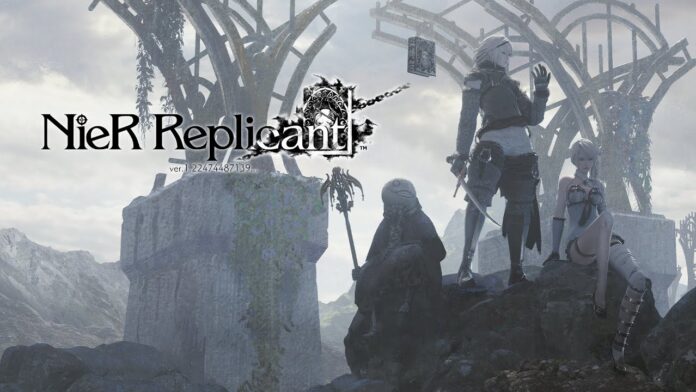 NieR Replicant is a remaster of the original Nier released in 2010. Following the success of Nier Automata, Square Enix is showing great interest in the IP. While the NieR Replicant ver.1.22474487139… has launched with a ton of improvements over the original but, PC players are facing errors and issues like Low FPS, locked FPS, crash at startup, in-game crash, and more.

The following are the errors and issues that PC players are experiencing with NieR Replicant along with their fixes and workarounds.

Nier Replicant 2021 PC players are reporting that the game is crashing at launch or not starting at all. Here is how to fix it.

While it sounds ridiculous, some players have reported that changing their name to English characters only fixes the Nier Replicant crash at startup issue.

Another reason for the game to not launch or crash at startup is the 32-Bit OS. If you are using a 32-Bit oS then you are out of luck as the game only supports Windows 10 64-Bit.

Lack of admin rights can also be the reason why Nier Replicant is crashing at launch. Right-click Nier Replicant’s exe > Properties > Compatibility tab > check “run this program as administrator” and hit apply. This will fix the issue.

If Nier Replicant 2021 is still crashing at startup, then right-click the game in Steam library > Manage > Browse Local Files. Launch the game directly from the exe. Chances are, you’ll get an error similar to “vcruntime140_1.dll or MSVCP140.dll Was Not Found”. Players can fix it by installing the latest Microsoft Visual C++ Redistributables both x64 and x86 versions.

Another reason for the crashing issue could be the CPU. For those of you running Neir ReReplicant 2021 on an old CPU, it might be crashing the game. There isn’t much players can do but, there are a couple of tweaks that might help. Open Nvidia Control Panel > Manage 3D Settings > program Settings > select “NieR Replicant ver.1.22474487139…”. Set “Ultra” for Low Latency mode and select off for Tripple Buffering. Apply these settings and the issue will be fixed.

If you don’t want to mess with the GPU clock, then players can simply cap the FPS to reduce GPU load which will fix the crashing issue. Open Nvidia Control Panel > Manage 3D Settings > program Settings > select “NieR Replicant ver.1.22474487139…”. Turn on the MAX FPS limit and set the value to 30. Considering the game doesn’t support FPS higher than 60, capping it to 60 FPS won’t make a difference. Alternatively, players can do trial and error to check at which Max FPS Nier Replicant stops crashing.

For those of you facing the low FPS issue and are using a controller or a gamepad, the issue is the game’s code for the gamepad/controller. However, Nier Replicant 2021’s Low FPS issues can be easily fixed with a simple mod. Players have to install the Special K. Launch the game and open Special K. Enable “Disable PS4 HID Input” under Gamepad. This will improve Nier Replicant’s FPS significantly.

If you aren’t using a controller or the above fix didn’t work, then open Nvidia Control Panel Manage 3D Settings > program Settings > select “NieR Replicant ver.1.22474487139…” or add it if it isn’t in the list. Turn on “Max FPS Limit” and set the value to 60. This will fix the game’s FPS drops and stuttering.

Apply these settings and players will notice a boost in performance.

How To Unlock FPS, Game Stuck At 30 FPS Fix

PC players are reporting that Nier Replicant 2021’s FPS is locked when they play. According to players, the game is either locked at 30 FPS and for some 11 FPS. Here is how to unlock FPS. Open Nvidia Control Panel Manage 3D Settings > program Settings > select “NieR Replicant ver.1.22474487139…” or add it if it isn’t in the list. Select “High-performance Nvidia processor” under ‘preferred graphics processor’ and set the Max FPS limit to 60. This will unlock Nier Replicant FPS and will also improve performance.

PC players are reporting that Nier Replicant crashes with D3D Device Removed error message. One reason for this error is the overclocked GPU. If you have overclocked the GPU then revert it back to its default GPU clock even if it’s factory overclocked. In case the GPU isn’t overclocked, then use MSI Afterburner to reduce the GPU clock by 100 MHz. Ideally, players won’t have to go any further than 200 Mhz.

Alternatively, PC players can limit the game’s max FPS to 30 to fix the Nier Replicant D3D Device Removed error. Open Nvidia Control Panel > Manage 3D Settings > Program Settings > select Nier Replicant or add it if it’s not in the list. Turn on “Max FPS Limit” and set the value to 30. This will lock the game at 30 FPS and will reduce the GPU and CPU load fixing the D3D Device Removed error.

That is all for our NieR Replicant ver.1.22474487139… fixes for errors and issues like the in-game crash, low FPS, how to unlock FPS, crash at startup, and more. If you are facing errors and issues with other PC games or your PC then also see our hub for commonly occurring PC errors and their fixes.