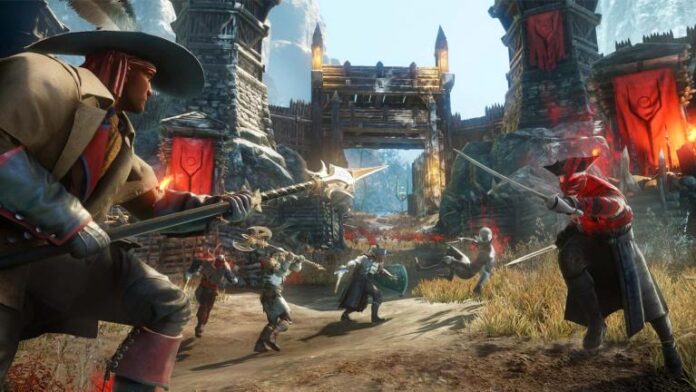 New World just released and has quickly become very popular indeed. At launch, it got more than 700K concurrent players on Steam. The following is what the devs had to say in a recent update:

The enthusiasm for the launch of New World has been astounding, and we are deeply humbled by the reception. This player response has exceeded our expectations for day one visitors to Aeternum, and we realize this is causing delays for some players getting into the game. Our sole focus right now is to get everyone logged in and playing quickly. We are rapidly adding servers for each region as necessary and updating players as they become available. We’re also fixing a few player log-in issues that caused the majority of the longer queue times in the last 18 hours.

The scale of player interest in New World is tremendous, and as players ventured into Aeternum today, the number of concurrent players reached more than 700,000. New World also reached the No. 1 position on SteamDB’s Most Played chart, and now sits at No. 5 in all-time highest concurrent players.

This is only day one for New World and life on Aeternum; we have so much more to come. We will continue to listen to players and improve New World. We are tremendously appreciative of the support from our community and are grateful for their patience as we work to meet player demand.

Let us know what you think about New World and whether or not you have checked it out yet. If you are interested in learning more about the game then you can check out our New World guides hub.