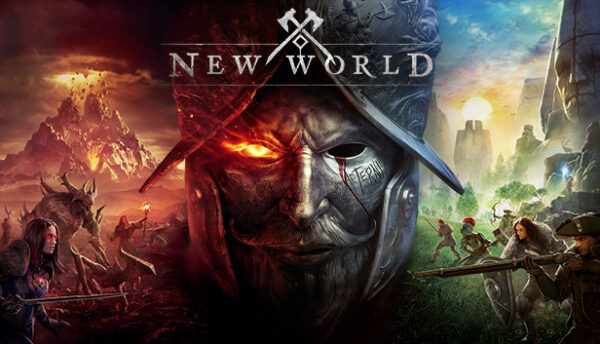 New World is the latest MMO developed and published by Amazon for PC. The game was delayed for over a year to make a better game and it shows with the game’s reception. However, New World PC is facing errors and issues like in-game crash, Fatal Error, Http Error Response, Error Validating pak Files, Refreshed Credentials Already Expired, connection error, Easy Anti- Cheat crash, BSOD, and more. Here I have compiled a list of errors and issues that PC players are experiencing with New World MMO along with their fixes and workarounds.

New World is an MMO released exclusively for PC, at the time of writing. The game features a thrilling open world for the players to explore. The game’s system requirements aren’t that demanding considering it’s an MMO and Amazon would want a lot of players can run it. Despite the game’s optimization, New World PC is facing errors and issues like Http Error Response, Error Validating pak Files, Refreshed Credentials Already Expired, in-game crash, unable to establish connection, Fatal Error, Easy Anti- Cheat crash, BSOD, and more. The following are the errors and issues that PC players are experiencing with New World MMO along with their possible fixes and workarounds.

Some New World PC players are reporting that they are unable to play the game as they are experiencing the following error.

To fix the Http Error Response, open CMD and run it as administrator. Type the following commands and press enter after you type each command.

Then restart your PC and the mm_authresult_Http_Error_Response error will be fixed in New World.

PC players are reporting that they are unable to play New World due to the “error validating pak files! please check your installation” error and here is how to fix it.

One player has reported that moving the game or reinstalling it on the main disk, meaning installing the game on the drive that has your OS, will fix the Validating pak Files error in New World MMO.

To fix the New World expired credentials error, players have to make sure they have set the right time zone on their system. Open Settings > Time & Language > Date & time > click Sync now under Synchronize your clock. This will fix the time zone issue and the New World Refreshed Credentials Already Expired error will be fixed.

New World PC players are reporting that they are experiencing connection error. The following is the full error message and here is how to fix it.

Unable To Establish Connection With the Server

To fix the “Unable To Establish Connection” error, download and install Cloudflare WARP (1.1.1.1) then turn it on. After that, New World will work with the connection error.

New World PC players are reporting that the game is crashing in-game and here is how to fix it. One potential reason for the New World in-game crash is the use of third-party software like MSI Afterburner, RTSS (RivaTuner Statistic Server), RGB software, or more. Disable any such software or uninstall it. Also, disable Steam in-game overlay and GeForce Experience overlay. After that, New World will stop crashing.

The GPU driver can also cause the game to crash. Update or reinstall the GPU driver and do a clean installation. The game will stop crashing.

If the driver update or reinstallation didn’t fix the error, then your GPU is either overclocked or not handling New World’s load really well and is causing the crash. New World doesn’t require a beefy GPU but, it does need a Direct 12 compatible GPU. If the GPU is overclocked, revert it back to its default GPU clock.

Alternatively, players can try capping New World’s max FPS. Open Nvidia Control Panel > Manage 3D Settings > Program Settings > select New New World. Enable Max FPS Limit and set the value for it. It’s a bit of trial and error to find at which value the game becomes stable and stops crashing. However, as a general rule of thumb, lock the game at 30 FPS if you are currently targeting 60 FPS or lock the game to 60 FPS if you are currently targeting unlocked FPS. Doing this reduces the CPU and GPU load and stops New World from crashing.

According to New World PC players, the game or Easy Anti-cheat is causing Blue Screen of Death. Players have reported the following error and here is how to fix it.

Another reason behind this EasyAntiCheat crash is the use of a browser while playing New World. Close the browser before launching the game and it won’t crash with BSOD anymore.

PC players are reporting that New World is crashing at launch or not starting at all. There are multiple reasons behind the New World crash at launch issue and here is how to fix it.

One reason why the game is crashing is that you are trying to play it on Windows 7 or 8.1. The game only runs on Windows 10 64-bit. So upgrade the OS if you are using an old operating system.

Another reason for the New World crash at launch is the GPU. The game only runs on DirectX 12 compatible GPUs. Make sure your GPU supports DX12 otherwise, the game won’t work.

Easy Anti-cheat is also causing the crash at startup issue. Delete Easy Anti-cheat and launch New World. It’ll get you to the game’s main menu. Then quit the game and restart your PC. Reinstall Easy Anticheat and New World won’t crash at launch.

If the above fixes didn’t work, right-click NEw World in Steam > Manage > Browse Local File. Locate the game’s exe and launch the game directly from the exe. Chances are, players will get a DirectX error like “X3DAudio1_7.dll or XAPOFX1_5.dll or D3DCOMPILER_43.dll is missing”. Fix this error by installing the latest DirectX.

Players who are experiencing an error similar to “vcruntime140_1.dll or MSVCP140.dll Was Not Found” can fix it by installing the latest Microsoft Visual C++ Redistributables both x64 and x86 versions. Alternatively, players can manually download the missing DLL file and place it in the game’s folder.

Another reason for the Fatal Error is the GPU. Check under “Crash Fix” above to see the GPU fixes can help you with Fatal Error.

That is all for our New World fixes for errors like Http Error Response, Error Validating pak Files, in-game crash, Fatal error, VCRUNTIME140_1.dll not found, EasyAntiCheat crash, and more. If you are facing errors and issues with other PC games or your PC then also see our hub for commonly occurring PC errors and their fixes.