Home Articles Need for Speed: Heat – Will the Father Return? 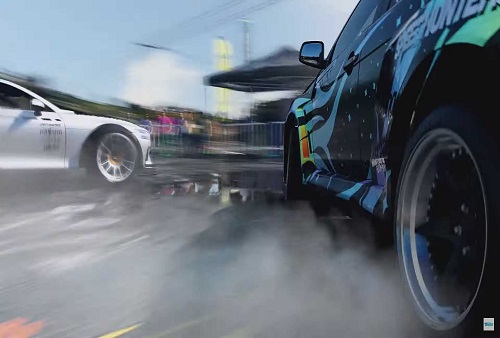 In a world now dominated by the Forzas’, Gran Turismos’ and GRIDs’, where does the pioneer of the racing genre now actually lie?

When you use to think about racing games, The Need for Speed (NFS) moniker was used synonymously with the genre. Having its humble start in 1994 with the release of “The Need for Speed” and the rest, as they say, is history.

Being handled by multiple studios, differing creative directions and so many revamps, this was a franchise that was once hailed as unbeatable only to see the genre it spawned being handed down to younger, dynamic and streamlined franchises. Why one might ask? Why is it that others took over? Of the many reasons, stagnation in development, no unified sense of creative direction and no particular focus towards development over the brand during the later years.

The Need for Speed

From being a pioneer, the NFS franchise though still beloved (albeit nostalgically) has become a gimmick oriented game that happens to have raced in it. Its staying power and player retention has seen better days.

So what does the once formidable giant need to do now? What does it need to do make itself, relevant again? Originally the answer came in the form of spin-off series that borrowed the police chase mechanic of Need for Speed: Hot Pursuit which was the Need for Speed: Underground series. What followed was a double-down on the story and RPG elements that Underground brought to the NFS series with the occasional return to simulation racing ala the NFS: Shift Series. From Underground, all the way to Payback, narrative-driven racing and an emphasis on the fantasy of the police chase or being the police have more or less remained a central point.

And with its latest offering Need for Speed: Heat, it seems that Ghost Games (the developer behind the very well received NFS: Rivals) seems to be turning the underground dial up to 11. Electronic Arts (EA) describes NFS Heat as “the ultimate street racer versus cop fantasy” and it will take place in the fictional location of Palm City.

The game deepens and expands everything Need for Speed fans love – expressive customization, authentic urban car culture, and an immersive narrative that pulls you into the game,” As EA said in a statement….Need for Speed Heat sends fans to Palm City, a brand-new open world where street racers have gathered to make their names known.

With a small snippet of a trailer, it seems the franchise is returning to its underground roots with a fresh coat of a neon-80’s theme. Clearly taking inspiration from older titles in the series, the game seems to be focusing on an arcade-style racing experience with the police chases very clearly at the forefront. But is this enough?

One very humble browse of any online storefront would show that NFS isn’t in the gaming zeitgeist as of late. Though with that being said, a well-executed NFS game that provides a strong theme coupled with a good narrative with its usual gimmicks can do well. Ghost Games has its work cut out. Re-establish the Hot Pursuit style of play, couple it with a strongly connected narrative and bring the racing power-fantasy to the forefront. And all of this in the world that is used to racing simulators, but a world still looking for the rush of adrenaline that only an NFS game can bring.  Though from the pre-order details it seems the game will have microtransactions, which isn’t a great start to the race to release.

If you pre-order the standard edition will get a K.S Edition styled Mitsubishi Evolution X.