Money, as referred to as “Bank” in NFS Heat, is one of the currencies in the game that aligns with REP. Earning money in Need for Speed Heat isn’t easy at all. You will have to devote a lot of time into the game and grind a lot! You will have win races and challenges and whatnot and still, the money you gained wouldn’t be enough. Thankfully we have a way to earn money quickly so that you can do upgrades early on in the game. This Need for Speed Heat Money Farming Guide will include all the details on the money farming method in the game.

Money Farming in Need for Speed Heat can be done by taking part in a specific race in the early section of the game.

As you progress through the game races with the challenge rating of 220 and above will open so this is beneficial for you. The race you have to enter into is The Resort’s Circ7it which can be entered in the daytime.

It is located near Lucas’s Garage so open up the map and look for it near the garage. Once you have found the location of the race approaches it and sign up. Your car really doesn’t matter much in this race.

You don’t need a high-level car to win the race any type of car will do. All you need is pure skill and determination and aim towards the prize money. If this isn’t your first time, then a race like this won’t make you sweat at all!

If you are playing for the first time just try avoiding other NPCs and male your drifts count. Winning the race gives you around 25 grand and this isn’t a small price for winning a single race.

Money in the early stage is necessary as you need better cars and for upgrades etc. This race will DL the job for you.

If you think that 25 grand isn’t that much then don’t worry as the race us repayable and you can stack up money easily and fast.

The only catch is that after you win for the first time and appear for the second time the reward money will drop. Each time it will drop around 5 grand but still, it is still a lot.

After completing the races for the day go back to the garage and cone back the next day to see the prices of the race increased. You can grind for a few in-game days until you have enough money for a brand new car.

This is how you can make a big bank in Need for Speed Heat. For more help on NFS Heat, you can check out our Errors & Fixes Guide for PC, Fast REP Guide, and Repairing Car Guide. 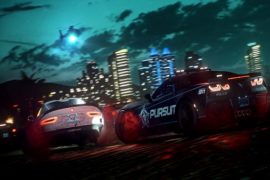 How to Lose Cops in Need for Speed Heat – Escape the Police, Tips 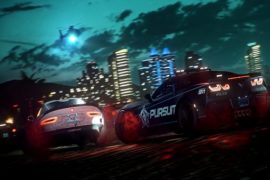 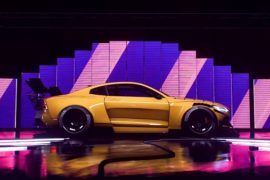 How to Repair Your Car in Need for Speed Heat