Need For Speed Heat is finally here on PC and consoles. The game takes the best parts of the recent NFS titles and creates a unique experience. With the game being delayed a year, one would expect that the devs would have done a better job optimizing the game.

However, that’s not the case as NFS Heat is facing errors and issues like crashing at launch, black screen, DirectX error and more. The following are the Need for Speed Heat errors along with their possible fixes and workarounds.

This is an error that Need For Speed players have been complaining about. In most cases, such an error occurs on a relatively older GPU.

But, in the game case of Need for Speed Heat, the DirectX error, followed by a crash is occurring for players with the latest GPUs and CPUs.

While developers are looking into the problem, here is a workaround that might help you. One reason why DirectX error occurs is that GPU isn’t capable of handling the game at max graphics setting.

You can avoid this error by locking the game at 30 FPS. Open Nvidia Control Panel > Manage 3D Settings > Program Settings. Select the game from the list and set vertical sync to “Adaptive half refresh-rate”.

Start the game and disable in-game v.sync and set the display mode at Fullscreen and the game will be locked at 30 FPS. This will reduce the load on both the GPU and the CPU resulting in much more stable performance.

Performance is often the issue with PC video games and Need For Speed Heat PC is no exception. Players are reporting that the game stutters constantly while playing.

Here are a few things that might help eliminate stuttering from Need For Speed Heat PC. First, install the latest GPU drivers and make sure there is no process running in the background using too much CPU or HDD.

Those with at least GTX 10 series can try another thing. Follow the steps above and set vertical sync to “Fast”. Start the game and disable in-game v.sync and set the display mode to Fullscreen.

Black screen is a common issue with PC games and apparently, Need for Speed Heat is no exception. Players are reporting that when they start the game they only get a black screen while they can hear the audio in the background.

To fix this, start the game and when the black screen appears, press “Alt + Enter”. The game will go into Windowed mode and will start to display. Go to video settings and set the resolution which is native to your display and you can play in Fullscreen.

If this doesn’t resolve the black screen, then chances are you have overclocked your GPU or the GPU is factory overclocked. Revert the clock speeds back to their default value and the issue should be resolved.

As for the game players only getting partial sound in the game. Chances are you haven’t set the right channels for your speakers or headphones. Open “Change system sounds” > playback devices > select your active audio device > click on “Configure”. Select the right audio channel for your audio device and hit next. This will resolve the partial sound issue with the Need for Speed Heat.

Players are reporting that the game crashes randomly while playing and for some, the game just crashes at launch or doesn’t launch at all. here are a few fixes that will help you play the game.

Let’s start with the game crashing. one possible reason for NFS Heat to crash is the prolonged gaming session. Restart your system and the game will be fine.

Another reason for the game crashing at launch is the lack of administrative rights. Right-click on the game’s exe > properties > compatibility > check “run this program an administrator”.

Third-party software like MSI Afterburner or GeForce experience might also be the reason for the game’s crashing at launch issue. Disable them and the game should run fine.

That is all for our Need For Speed Heat fixes for errors and issues like DirectX error, crash at launch, stuttering, low FPS and more. 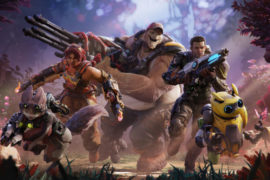 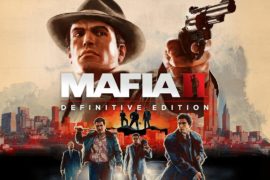 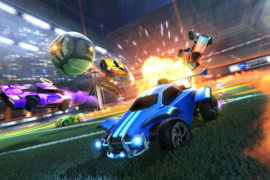