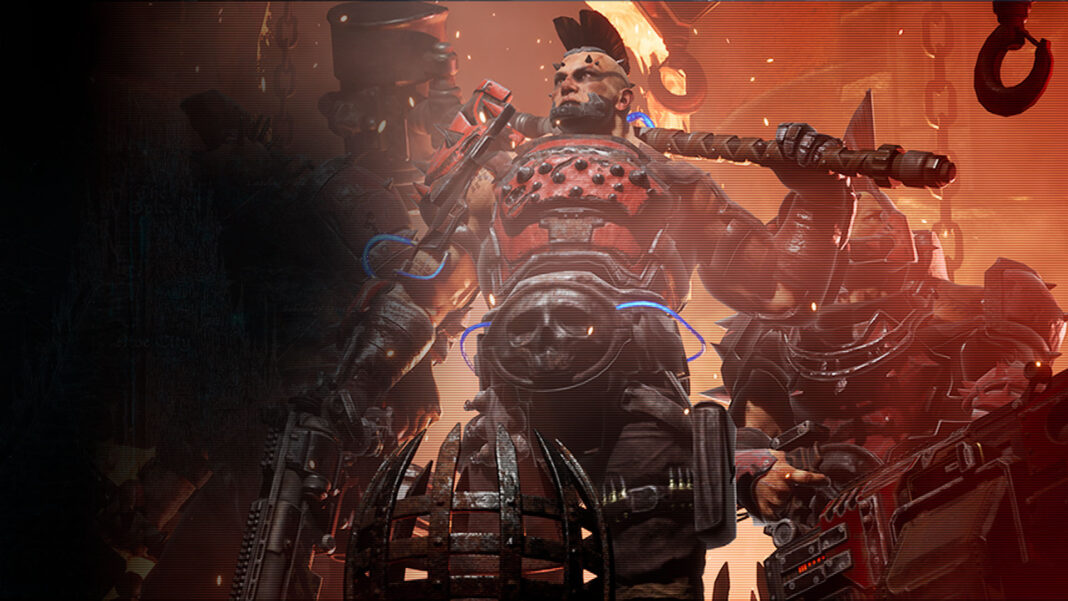 Necromunda: Hired Gun is a fast-paced first-person shooter set in the Warhammer 40K universe released for PC and consoles. The game’s optimization is quite good but still, PC players are reporting errors and issues with Necromunda Hired Gun like Unreal Engine error crash, in-game crash, LowLevelFatalError, crash at startup, Out of memory, Failed to allocated video memory, low FPS, and more. I have listed the errors and issues below that PC players are experiencing with the game along with their fixes and workarounds.

Necromunda Hired Gun Crash, Out Of Video Memory, And Fixes

Necromunda: Hired Gun is the latest addition to the Warhammer 40K universe as a fast-paced action shooter. While the game is well-optimized but, PC players are reporting errors and issues with Necromunda Hired Gun PC like Unreal Engine error crash, in-game crash, LowLevelFatalError, crash at startup, Out of memory, Failed to allocated video memory, low FPS, and more.

Necromunda Hired Gun PC players are reporting that the game is crashing while playing and here is how to fix it. One reason for the game to crash while playing is the use of third-party tools and software like MSI Afterburner or RGB software. Disable any third-party tool you are using and also disable steam overlay and GeForce Experience Overlay. This will fix the game’s in-game crash.

DirectX 12 could be the culprit causing the game to crash. Switch to DirectX 11 and it’s won’t crash anymore.

In case Necromunda: Hired Gun continues to crash, then chances are your GPU is the culprit. First, try to reinstall/update the GPU driver. Do a clean installation. If the crashing issue persists then your GPU is either overclocked or old.

Revert the GPU to its default GPU clock if the graphics card is overclocked, even if it’s factory overclocked. In case the GPU is old, use MSI Afterburner to reduce the GPU clock by 100 MHz. However, if you don’t mess with the GPU clock, try capping the game’s MAX FPS. Open Nvidia Control Panel > Manage 3D Settings > Program Settings > select Necromunda: Hired Gun from the list or add if it’s not there. Enable Max FPS Limit and cap the FPS to 60 if you are playing at an unlocked FPS. This will reduce GPU and CPU load and Necromunda: Hired Gun won’t crash anymore.

PC players are reporting that Necromunda Hired Gun is crashing with LowLevelFatalError or Unreal Engine error message. The following is the full error message.

There are multiple reasons behind the Unreal Engine Crash and here is how to fix it.

DirectX 12 is another reason why the LowLevelFatalError or Unreal Engine error is popping up. Switch to DX11 and the issue will be fixed. In case players are experiencing the error at launch and are unable to change it, right-click Necromunda Hired Gun in Steam > Properties > type ‘-dx11’ under Launch Options.

For those facing this error after an in-game crash then the issue might be the GPU. In case the GPU is overclocked then revert to the default GPU clock. If that’s not the case, then try limiting the game’s max FPS. Check under the “Crash Fix” on how to do it. If you are playing at an unlocked FPS, then limit the game to 60 FPS. In case 60 FPS is your current target then limit the game to 30 FPS. This will fix the Unreal Engine error crash with Necromunda Hired Gun.

A lot of Necromunda Hired Gun PC players are reporting that they are experiencing the “Out of Video Memory” error or “Failed To Allocate Video Memory” error. This error occurs if the game is using the integrated GPU instead of the dedicated NVidia or AMD GPU. To fix this error, players need to make sure that Necromunda Hired Gun is using the dedicated GPU.

This will fix the “out of memory” error and “Failed To Allocate Video Memory” error with Necromunda Hired Gun.

Another reason for this particular error could be the GPU driver. Rollback or install another driver version for your GPU and the error will be fixed.

Another reason for Necromunda Hired Gun to crash at launch is the use of DirectX 12. There is an option in the game but obviously, players won’t be able to change it as the game is crashing at launch. But, there is an alternative. Right-click Necromunda Hired Gun in Steam > Properties > type ‘-dx11’ under Launch Options. This will make the game run using DirectX 11 and the issue will be fixed.

Your ant-virus/Windows Security might be blocking important game files. Either disable real-time protection or exclude the game’s install folder from it. Open Settings > Update & Security > Windows Security > Virus & threat protection > click Manage Settings under “Virus & threat protection settings” > click “add or remove exclusions” under “Exclusions”. Browse to the Necromunda Hired Gun folder and add it. After that, verify game files and launch the game. It will run without crashing.

FPS and other performance issues are common among PC video games and can occur for a multitude of reasons. Necromunda Hired Gun is no exception as players are reporting low FPS, stuttering, and general performance issues with it. Here is how to fix it.

First, make sure you have installed the lasted GPU driver and do a clean installation.

Apply these settings and players will see an improvement in the game’s performance.

That is all for Necromunda Hired Gun fixes for errors and issues like Unreal Engine error, LowLevelFatalError, in-game crash, out of video memory, and more. If you are facing errors and issues with other PC games or your PC then also see our hub for commonly occurring PC errors and their fixes.