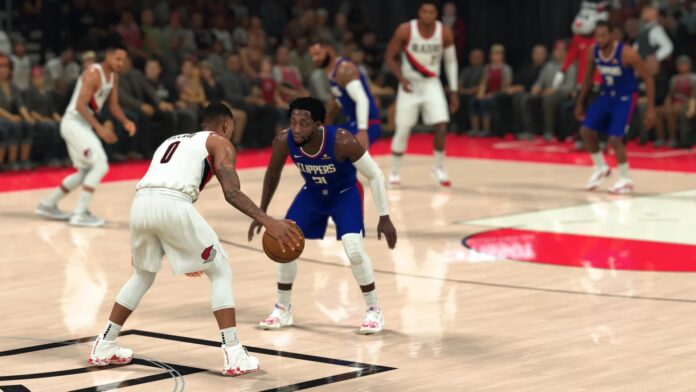 NBA 2K21 is the latest entry in the long-running franchise and fans aren’t happy with the game. On top of that, the PC version of NBA 2K21 is facing errors and issues like the crash at startup, missing dll files, crash while in-game, stuttering, and more.

The following are the errors and issues that players are experiencing along with their fixes and workarounds. Also, this guide will help players wit how to get 60 FPS.

NBA 2K21 players are reporting that the game is crashing while playing. There are multiple reasons why it’s crashing and here are the fixes.

If you are playing the game on a monitor with a higher refresh rate like 144 Hz then limited the game to 60 Hz. This will stop the NBA 2K21 crashing issue.

If the refresh rate isn’t the issue then try installing another GPU driver version. At the time of writing, the latest Nvidia GPU drivers are causing the game to crash.

Another reason for NBA 2K21 to crash might be your GPU. Either it’s overclocked or old. If the GPU is overclocked, even factory overclocked, then revert it back to its default clock speed.

If the GPU is old then try dropping the GPU’s clock speed by 100 MHz using tools like MSI Afterburner. In case you don’t want to mess with the GPU clock speed then limiting the game’s FPS will do the trick as it’ll reduce the GPU load.

Open Nvidia Control Panel > Manage 3D Settings > Program Settings > select NBA 2K21. Turn on the “Max FPS Limit” and then set the value for the maximum FPS the GPU can render for the game. This is a bit of trial and error to see at which value the game will be stable enough to not crash. I would recommend locking FPS at 30 or 60.

If you have installed third-party monitoring software like MSI Afterburner, then disable it along with Steam overlay and GeForce Experience. These fixes and workarounds will fix the NBA 2K21 crash issue.

Alternatively, update your GPU driver as the older version might be causing the black screen issue.

According to NBA 2K21 players, they are unable to play the game as they are getting missing .dll file error. For some the game error specifies MSVCP140.dll is missing and for others it’s MSVCP120.dll is missing. This issue can be easily fixed by installing the latest Microsoft Visual C++ Redistributable both x86 and x64 versions.

NBA 2K21 PC players are reporting that the game is crashing at startup or not launching at. There are a number of reasons why the NBA 2K21 crash at startup issue is occurring and here are the fixes.

If you are trying to play NBA 2K21 on an older CPU then hances are your CPU doesn’t support the SSE4.1 instruction set which is required to play the game. You can try this workaround to bypass the SSE4.1 requirement, otherwise, you need to upgrade your CPU.

Another reason for the game to crash is the lack of admin rights. Right-click the game’s exe > Properties > Compatibility Tab > check “Run this program as administrator”. Apply it and the game shouldn’t crash.

After you have disabled the real-time protection, verify game files. Launch NBA 2K21 and it won’t crash anymore at launch.

Performance is often an issue with PC video games, even with the well-optimized ones. NBA 2K21 PC players are reporting performance issues like Low FPS, FPS drops, and stuttering. Here is how to fix stuttering and low FPS issues.

First, install the latest GPU drivers and make sure there is no background process using too much HDD, CPU, or GPU.

Anti-aliasing Mode – “Application Controlled”
CUDA GPUs – “All”
Set Power Management to “Prefer Maximum Performance”
Shader Cache – “On” only if you are using an HDD. Don’t need to enable it for an SSD.
Set Texture filtering – Quality to “High Performance”
Triple Buffering – “Off”
Set Vertical Syn to “On”

Apply these settings and the game’s FPS should be improved. If you are still facing stuttering and Low FPS issues then set “Vertical Sync” to “Fast”. This will not only fix stuttering but will potentially give players a significant FPS boost.

That is all for our NBA 2K21 fixes for errors and issues like the crash at startup, missing .dll files, game crashing, stuttering, and more. If you are facing errors and issues with other PC games or your PC then also see our hub for commonly occurring PC errors and their fixes.