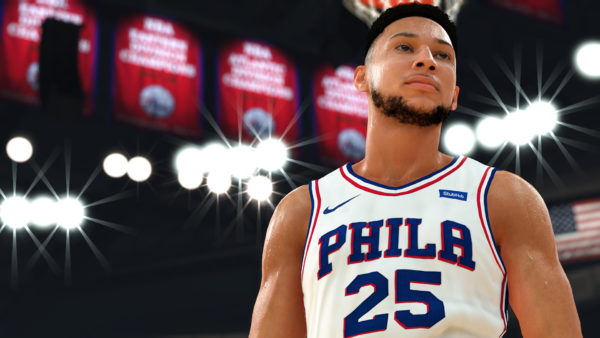 NBA 2K20 has arrived for consoles and PC. However, NBA 2K20 PC version is facing error and issues like crash at startup, green screen, stuttering and more. Here I have compiled a list of NBA 2K20 errors along with their fixes and workarounds.

NBA 2K20 is the latest entry in the franchise and a controversial one. However, the PC version of the game is not perfect by any stretch and players are experiencing errors and issues like Low FPS, missing .dll files and crashes.

Sim To Next Appearance Fix

Players are experiencing issues with creating a new character. Here are a couple of fixes that will resolve this problem.

For the first fix, all you have to do is lock the game at 60 Hz and turn on the Vertical Sync and the issue will resolve.

For the second fix, while creating the character, Alt + Tab multiple times until the game slows down allowing you to simulate. Both fixes will resolve the problem.

Players are reporting that either NBA 2K20 doesn’t launch or it just crashes randomly. Here are the fixes for the game’s random crashes and crash on startup.

A lot of players are experiencing the crash on startup or game not launching at all. The reason could be your anti-virus software or Windows Defender detecting the game’s exe file as Trojan.

Another reason for NBA 2K20 to crash at launch could be that you haven’t installed Microsoft Visual C++ 2017 and installing Visual C++ 2015 redistributables or they are corrupted. Download them and install/repair them and the game will start working.

NBA 2K20 PC version isn’t a perfect port and it shows with the performance issues the game is facing. There are a couple of things that you can do to improve performance and eliminate stuttering from the game.

First, install the latest GPU drivers as they bring game-specific optimizations. Also, make sure that there is no background process running that is using too much of your HDD or CPU.

There are a couple of fixes for this particular issue. Fix this issue by playing the game in windowed mode. If that’s not acceptable for you then there is another way to fix this problem permanently.

Players have reported that when they start the game they get an error telling them they have a missing .dll file. For some the error specifies MSVCP140.dll and for others it’s different .dll file life MSVCP120.dll.

That is all for our NBA 2K20 error along with their fixes and workarounds for crash on startup, green screen and more.