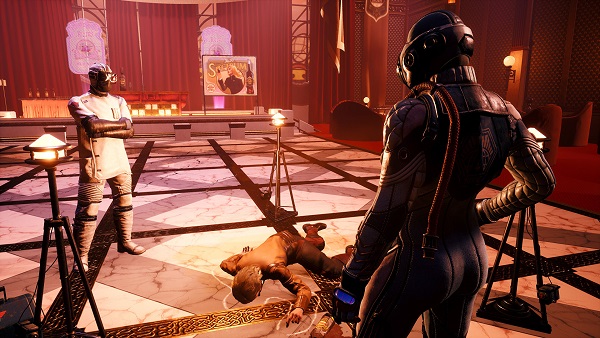 Out of three new Science Weapons added to The Outer Worlds with the Murder on Eridanos DLC, The Needler probably is the best one. The weapon can cycle through three ammo types: one that slowly damages over time, another one that reduces armor, and the last one that slows down the target. The wielder can simply reload the weapon to cycle through these ammo types. The potency of these ammo types, however, depends on the wielder’s Science skill. In this guide, we’ve detailed everything there’s to know about how to unlock The Needler Science Weapon in The Outer Worlds: Murder on Eridanos DLC.

The Outer Worlds: Murder on Eridanos The Needler Science Weapon

There are a couple of ways to get The Needler in The Outer Worlds. Let’s talk about both of the methods in detail:

To do so, escape the Rizzo’s Distillation Factory and head over to the Penthouse in the Grand Colonial. Once there, players will need to side with Halycon Helen and ask her for The Needler after choosing “Not so fast. Let me borrow your Needler.” The dialogue option, however, requires Persuasion Level 40 which can be a lot of work for some players.

Side with Ludovico
The other option is to side with Administrator Ludovico. To do so, progress through the game until the Pilothouse. Once there, disperse Larvae for Administrator Ludovico. After that’s done, players will be asked to kill Halycon Helen. After Halycon Helen is dead, players will be able to loot The Needler off her body. Unlike the first method, this doesn’t require anything e.g. Persuasion Level 40.