RespawnFirst
Home Tweaks and Fixes HOW TO FIX: MSI Afterburner Not Detecting GPU On Windows 11/10 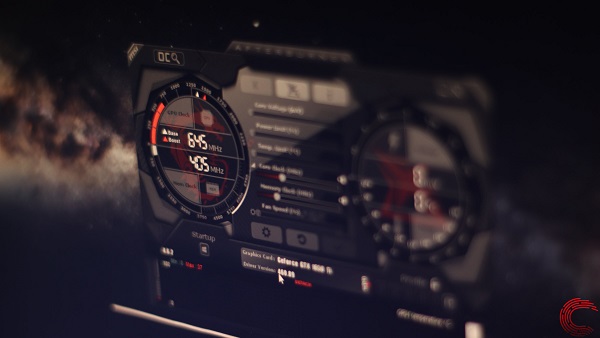 Many Windows 10 and 11 users have been facing an issue that is specifically stated as MSI Afterburner not detecting GPU. There can be several causes that may lead to such an issue. In our thread, we will be discussing the most frequent causes and hopefully present to you several reliable fixes to the problem at hand.

As mundane as it may seem, sometimes a problematic internet connection alone does the job of causing MSI afterburner to not detect the GPU. In addition to that, oftentimes, third-party Antivirus software plays a part in preventing the operating system from detecting the GPU. What they do is that they meddle with the legitimate processes of the operating system. Thus, that leads to such an issue.

Moreover, it is also observed that at certain times, you may unknowingly have faulty connection cables that may be the root cause of the issue. Sometimes it’s even the incorrect connection of display to the appropriate port.

Last but not the least, to state the obvious, you could be facing the MSI afterburner not detecting GPU issues if you have an outdated graphics card driver. To explain why such a cause may be the case, an outdated graphics driver could be corrupted, which may lead your operating system to be unable to detect relevant hardware.

Now that you have an overall idea regarding the causes of the issue at hand, we’ll head directly on to the solutions to solve the problem and hopefully have something that works for you. Here are some fixes for the “MSI Afterburner Not Detecting GPU On Windows 11/10” issue.

As mentioned earlier, sometimes the issue could be as simple as faulty cables and you wouldn’t even know. So it’s best that you rule this factor out before heading on to trying other fixes. To test whether your cables are faulty or not, what you can simply do is check them on another device. That way, you’ll be able to find out whether it was your cables that were causing the issue in the first place.

For Windows 10 and 11 users that are having problems with misconfigured settings, this fix may very well work for them. What you’ll need to do is disable the low-level IO driver. To follow through the steps, first launch the MSI Afterburner, next click on the icon that looks like a “gear”, it will launch you into settings. Next, go to the “General” tab, then head on to “Compatibility” properties; in there, you’ll have to uncheck the box that states “Enable low-level IO driver”. Finally, click on “Apply” followed by an OK to save changes. And that’s pretty much it to disabling low-level IO drivers.

It has been noted that for several users, the Vanguard anti-cheat program was behind the issue. Apparently, what this program does is that it interferes with the processes of MSI AB. If such is the case, what you’ll need to do is simply disable the app to rule out whether it’s causing the issue or not.

If in case you discover that the issue resolves when you disable the app, then that’s a sign for you to uninstall it to prevent it from causing any other further issues. To uninstall the app, press the “Windows” key and the “I” key, which will launch you into Windows Settings. When the Settings window is displayed, click on “Apps”, then navigate to select “Apps & features”, scroll to find the respective app that needs to be uninstalled, click on it, and then finally click on “Uninstall”.

That is all for our fixes for MSI Afterburner Not Detecting GPU. If you are facing errors and issues with other PC games or your PC, then also see our hub for commonly occurring PC errors and their fixes.