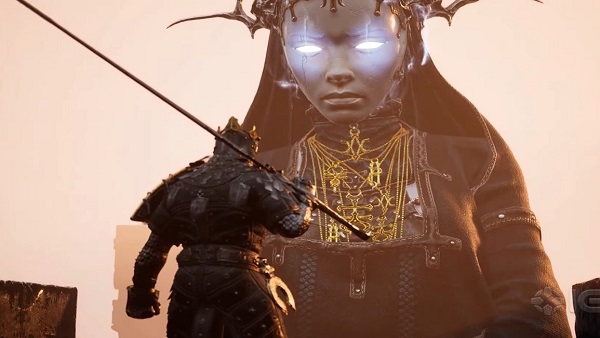 There are quite a few weapons that you can find in Mortal Shell. Each of these weapons has its unique moveset and abilities. Similar to SoulsBorne games, you can stick to a single weapon through the entirety of the game if you choose to do so. In this Mortal Shell guide, we’ve detailed everything you need to know about different weapons locations, their abilities, and more.

One of the most important things about weapons is that they aren’t bound by shells in the game – every shell can use all weapons. You can also farm an item called Quenching Acid in order to increase a weapon’s damage. Aside from that, each weapon in the game has 2 skills that you’ll need to unlock at the Anvil.

The following is a complete list of weapons, their locations, and abilities as seen in the game:

You’ll find this weapon by default during the starting section. Hallowed Sword has two abilities which are:

You’ll need to head over to the entrance of the Eternal Narthex. Once there, you’ll need to activate the book right next to the statue in order to initiate a fight with Hadern and defeat it to acquire the weapon. It also has two abilities as well:

You find the Martyr’s Blade in the same way as Hammer and Chisel. It also has two abilities:

You’ll find this one at the very entrance of Temple Grounds. Once again, you’ll need to interact with the statue and defeat Hadern to acquire the weapon.

You can find the broken Ballistazooka near the workbench on the 1st floor of Fallgrim Tower. You’ll need to head over to Vlas in order to purchase Tools from him for 8,000 Tar. Once acquired, you should be able to repair it at the workbench.