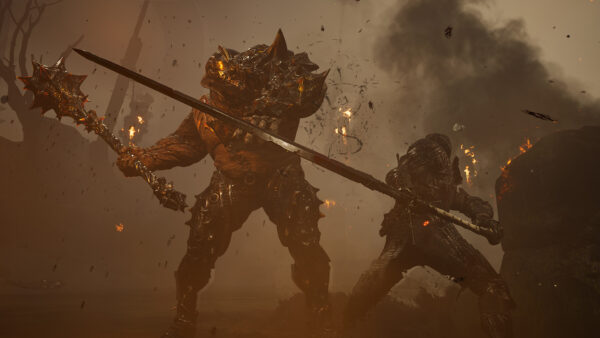 How to Get Tarnished Seal in Mortal Shell

Tarnished Seal key item is found in the Fallgrim Tower, remove from The Old Prisoner, the item will let your Mortal Shell parry all enemy attacks if timed correctly. Parry lets you interrupt enemy attacks using the Parry Attack button right before the strike impact. You seal will be at the back of your character and lets you predict incoming attacks. It glows red every time an enemy is about to attack with unparryable strikes. The seal will glow white when you fill a Resolve Bar. If you gather enough Resolve you can use it to perform an empowered riposte using the Tarnished Seal Abilities.

When you get successfully parry an attack in Mortal Shell through the Tarnished Seal, you will get Resolve to spend on a Riposte.

When your character is empowered by Resolve, your riposte will attack a charge larva to the target and it explodes after a short while. The explosion will damage nearby enemies as well within a short radius.

You need 1 resolve to perform an Empowered Riposte to deal damage to the enemy and heal your character at the same time. Block an enemy and it will fall to the ground which gives you an opportunity to attack.

When your character is empowered by Resolve your riposte allows you to control time. When you push your enemy up everything around you will freeze in time. You can use this opportunity to attack enemies.

You can use the Anvil to upgrade the Tarnished Seal by using certain materials.

This ends the Mortal Seal Tarnished Seal guide but you can visit the Wiki page for more helpful topics.