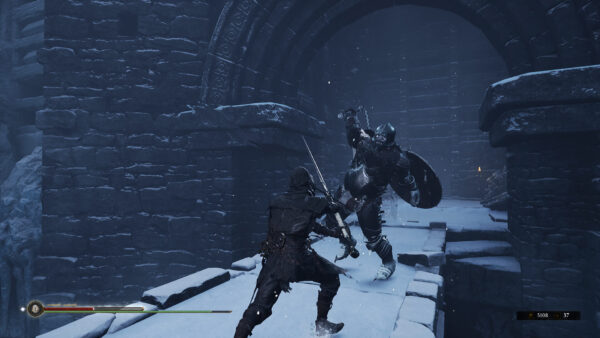 Glimpse is one of the two currencies used to upgrade in Mortal Shell. There are multiple shells in Mortal Shell and Glimpses will let you upgrade Shells with special abilities. In this guide we will explain how to get more Glimpses in Mortal Shell, we’ll give you Glimpse farming tips and tricks. If you are looking to farm Weltcaps we have that information in a separate guide.

As I said, Glimpse is one of the two primary upgrade methods in Mortal Shell. Use this to get your hands on some amazing new abilities for multiple Shells that not lost when you die. The problem with Glimpses is that they are rare drops from enemies you will but there some ways to farm around 12 Glimpses in a short period of time.

How to Farm Glimpses in Mortal Shell – Farming Tips and Tricks

The first thing you need to know about farming Glimpses in Mortal Shell that you need to complete at least one temple in Fallgrim Outskirts. Your journey of farming Glimpse starts at the Fallgrim Tower. Go and speak with Thestus, give him 1 Glimpse to bring back the fog in Fallgrim. Once the fog drops in the map will be covered with demonic enemies as well as two Grishnas.

Head down to the river and take a right to follow it all the way down to the end until you reach an enemy camp. At this location, you will find a Grishna that you can kill for 6 Glimpses and 750 Tar. The next thing to do is head back to the swamp but this time don’t go back to the Fallgrim, take the path that leads to the woods with bats on trees. There are multiple enemies in this area, go through them all to reach the second Grishna under the big tree. Once again, take the Grishna out and get 6 Glimpses and 750 Tar. You can then go to Thestus and pay 1 Glimpse to get rid of the fog, however, you can save the glimpse by getting yourself killed to reset the world.

You can use any Shell you want but it is best to equip Tiel with the stamina ability. The ability will allow you to consume less stamina when running. The Shell and its upgrade will allow you to move faster around the map. But there is a catch, Tiel has really low health so you will need to be careful. Get the Tarnished Seal to parry attacks, making it easier for you to remain in battle with low health.