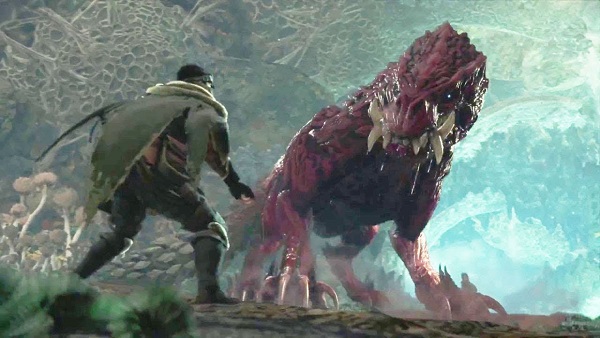 The Odogaron is one of the more aggressive monsters that you’ll encounter in the main campaign of Monster Hunter: World Iceborne. The creature’s savage attacks, along with its status effects, make it an interesting fight.

We’ve prepared this Odogaron Guide to even the odds in your favor. It covers everything you need to know about tracking and taking down Odogaron in Monster Hunter: World Iceborne.

Odogaron in MHW roams the Coral Highlands in Rotten Vale, scouring for Carrion. This area isn’t exactly the most ideal arena for you so the fight will be tough. The beast is also the target of many quests including:

To farm it, hunt it on expeditions. Camp 11 is the closest location as the spawn point is located on the first floor on spot 13.

Odogaron is immediately hostile at medium range and its attack will be telegraphed by a giant roar.

This lizard can attack at blinding speeds so timing your dodges is a huge focus of the fight. Odogarons nasty claws can cause heavy amounts of damage so they should be avoided at all costs.

Try to incapacitate the creature by luring it into traps with meat. You can also coerce it into fits of rage which will tire it out and leave it vulnerable.

When in its rage state, the beast moves faster, making it difficult to hit with slow weapons so just dodge till it tires out. Breaking a limb and staggering it will cause it to counter-attack so dodge right after.

The creature is vulnerable to Ice and Thunder damage so make use of weapons that do damage of either kind.

However, fire and water aren’t especially effective because it has a resistance to the dragon, so elemental damage is out of the question. The beast has a very convenient weakness: Paralysis.

Its lair is surrounded by Paralysing Toads so take the opportunity to stop the beast dead in its tracks. Luring it to Great Girros monsters will increase the chances of paralyzing it.

You can try other ailments too but poisoning would do more harm to you than it so we don’t recommend it! Here’s a list of elements the monster is weak against:

Its breakable parts include the head, front claws, legs, and a severable tail. The head is the weakest point and you can easily topple the beast with certain heavy weapons.

Once you’ve taken it down, do as much as damage as possible to the vulnerable areas. Once taken down, you’ll receive the following rewards:

This is all we’ve got in our Monster Hunter: World Iceborne Odogaron Guide. For more on the expansion, be sure to check out our Nargacuga Guide, Majestic Horn Guide, and Warped Bone Guide.