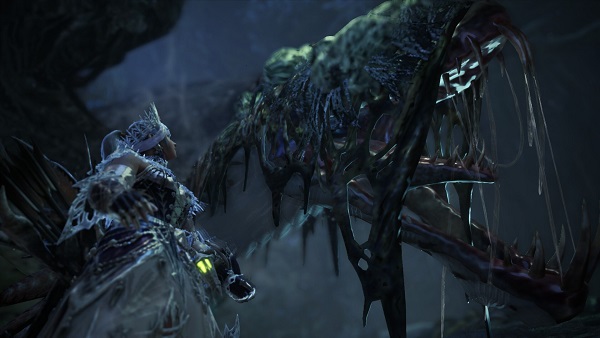 Nargacuga is one of the Legendary Monsters in Monster Hunter: World Iceborne expansion. Nargacuga looks like a bat but is actually a flying wyvern. It’s a very fast and tricky creature to slay because of its heavy damage output and because of its swiftness and low center of gravity.

Nargacuga loves to attack players from behind and its attacks are powerful enough to make you bleed. With the help of our Monster Hunter: World Iceborne Nargacuga Guide, you’ll be able to slay the beast in no time.

Understanding how Nargacuga attacks in the newest MHW expansion is the first step toward defeating it. The following is a quick rundown of everything you need to know about slaying Nargacuga in MHW:

1. Paw Swipe
This is the most basic Nargacuga attack and this wouldn’t be the greatest threat to you. It’s simply Nargacuga swipes its paws in front of you. Most of the players are used to these kinds of attacks and it is very easy to dodge.

2. Tail Spin
You don’t want to take this one lightly because this attack is extremely hard to dodge. It’s a well-telegraphed attack that during which you’ll see Nargacuga lifting its tail and its tip will be pointing towards the sky.

It’ll then spin around doing a 360-degree wheel of death. It’d be very quick so you’d need to keep an eye on the tail.

3. Tail Slam
This is another very dangerous tail attack. Its tell is that the Nargacuga will hop into the air lightly and turn its tail towards its target making a 180-degree angle. This means that Nargacuga is going to slam its tail and it is going to damage a lot.

4. Spike Spew
Nargacuga is able to shower its tail feathers in a shotgun-like blast towards its front. This attack can cause bleeding and has a wide impact zone. Its tell is that Nargacuga will face a target and then jump at a distance. It’ll then raise its tail over its head and shoot.

5. Leaping Swipe
As mentioned earlier, Nargacuga will try to attack you from behind. It’d be pretty easy is to tell that this attack is coming whenever you see the monster face the hunter from their backs.

6. Maneuverability
Nargacuga in MHW: Iceborne is very quick and agile as compared to other monsters. Its attacks are difficult to see and because of that, you’ve to react quickly. It’s a good idea to learn its move set to be able to slay it.

How to Beat Nargacuga?

In order to defeat Nargacuga, you’ve to learn how it attacks. Because of quick Nargacuga is, it can attack from multiple angles.

Shielded Weapons are the way to go for beginners which will allow them to defend themselves against the Tail Slam and Tail Spin. However, if you go all defensive, you wouldn’t be able to inflict damage.

The best course of action would be to use a sword and shield. This way, you’d be able to defend and counter-attack more effectively while remaining agile.

You’ll also be able to deal respectable damage this way. Obviously, Lance and Gunlance would provide better block protection but it’s the next best thing.

As you already had to keep an eye on Nargacuga’s tail, there’s another reason for that as well because when it will do the Tail Slam attack, it will stun it for a couple of seconds because its tail will get stuck to the ground.

This would be your window to attack. The best attack spots are its head, wings, and tail.

Nargacuga can go in the Enraged Mode when angered. You can tell the other monsters are enraged when they roar or when an opaque icon appears at the bottom of the screen.

For Nargacuga, however, you can visibly tell that the monster is angry because its eyes will start to glow red and there’d be trails of light.

When this happens, it’d be better if you go defensive because it’d be very difficult to attack an already fast and hard to predict monster in its Enraged Mode when it’s even more dangerous making it harder to dodge its attacks and block them.

Nargacuga is a high-level monster but not an elder dragon, so you can use traps. If you’re able to hold Nargacuga in place, it’d become very easy to defeat it.

Nargacuga Gear greatly reduces sharpness loss and bows, and bowguns have a chance not to expend coating or ammo. The armor is also stronger against Water, Ice, and Dragon damage but extremely weak to Thunder and Fire.

This is all we’ve got in our Monster Hunter: World Iceborne Nargacuga Guide. For more help on MHW: Iceborne, be sure to check out our Master Rank Materials Locations Guide, Master Rank Assignments Guide, Tailraider Signal Guide.