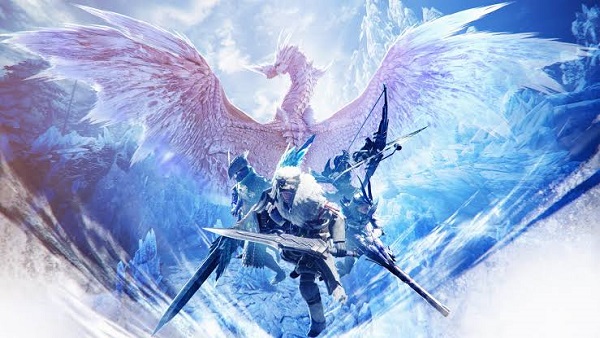 Monster Hunter World is one of the best games of this generation and the game is even bigger with the launch of Iceborne Expansion. With the launch of the expansion on PC, the players are facing new errors and issues along with some old ones.

The PC version Monster Hunter World is facing errors like Fatal error, crash at launch and more. The following are the errors that players are experiencing along with their possible fixes and workarounds.

Monster Hunter World is known for using 100% of the CPU and there is a reason behind it. The game’s world is so elaborate that is actually requires a lot of CPU resources.

However, if the high CPU usage is causing FPS drops then there is a way to reduce your CPU usage to some extent. But chances are, you’re not going to like it.

However, if you experience stuttering after enabling the in-game 30 FPS lock then you can try using Adaptive Half Refresh Rate.

Open Nvidia Control Panel > Manage 3D Setting > Program Settings. Select the game from the list and set “Vertical sync” to “Adaptive Half Refresh Rate”. Disable in-game v.sync and the display should be set at fullscreen.

Monster Hunter World: Iceborne players are reporting infinite loading screen while they try to play the game. If you have installed any mods then delete them as they are causing this issue. If you don’t know which ones are mod folders then you need to do a clean reinstall to resolve the problem.

Players are reporting that with the launch of Iceborne expansion, they are experiencing audio issues with Monster Hunter World like audio being missing for some actions in the game.

This can be easily fixed, just drop all the graphical settings to minimum and restart the game. Then revert back to the settings that you were using before and all of the audio issues will be fixed.\

If this doesn’t resolve the problem then the issue might be Windows Sonic for Headphones. Right-click on the audio icon in the bottom right of your desktop. Hover the cursor over “Speaker setup”. If Windows Sonic For Headphones is enabled, then just turn it off and the missing audio issue should be resolved.

Monster Hunter Players with AMD GPUs are reporting that Monster Hunter World: Iceborne is overheating their GPUs and then the entire system shuts down. You can lock the game at 30 FPS to reduce the GPU load which will drop the overall temperature of the GPU.

Or you can use MSI Afterburner to increase the fan speed so that it cools down your GPU as this is a driver issue and these are the only workarounds for it at the time of writing.

Performance is often an issue with PC games and Monster Hunter World is no exception. The game is quite CPU demanding given the expansive world it features and keeps track of all AI, even if they aren’t on screen.

It’s because of that, quad-core CPUs can’t play the game at 60 FPS. Even, 8 threaded CPUs have a hard time maintaining 60 FPS. However, here are a few things that might help you with stuttering, low FPS and over PC performance.

If you are facing the issue where the Monster Hunter World is just playing at low FPS, looks pixelated with strange dark areas then just change all graphics settings to a minimum. Restart the game and set the graphical settings that you were using before and the game’s performance will be fixed.

For “Fast” sync to work, you need to disable in-game v.sync and the display should be Fullscreen. Before you enable “Fast” sync, you need to know that it sort of emulates G.sync or Freesync as it allows the GPU to render the game at unlocked FPS without any screen tearing.

However, it will only display as much FPS as the display supports. Meaning, if you have a 60 Hz monitor then it’ll only display 60 FPS even if the game is being rendered at 80 FPS.

This can potentially solve your low FPS issue if you have the GPU and the CPU to handle it. But, don’t expect a smooth 60 FPS experience on a mid-range system. This is not only will boost FPS but also eliminates stuttering.

With the launch of Monster Hunter World Iceborne, players are reporting that controllers are no longer working with the game. Open Steam library, click on Steam at top-right > settings > controller > General Controller Settings.

Players are reporting that they are facing crash at launch issue with Monster Hunter World. Here are a few fixes and workaround that might help with the game not launching issue.

One reason for the Monster Hunter World to crash at launch might be your anti-virus or Windows Defender detecting the game’s exe as Trojan.

Fix this by either disabling the anti-virus software or making an exception for the game’s install folder in your anti-virus. Then verify your game files and the issue should be resolved.

Borderless windowed mode is also the cause for the game to crash at launch. This can be fixed easily. Open the “graphics_option.ini” file and change the display mode to “Fullscreen” to resolve the crash at startup issue.

Another cause behind the game crashing at launch could be the lack of administrative rights. Right-click on the game’s exe > Properties > Compatibility > check “Run this program as administrator”. Apply the changes and start the game and it should be running fine.

Players are experiencing the issue where Monster Hunter World doesn’t launch at all after enabling DirectX 12. This issue is happening if you have specialK mod installed. Just delete the mod files and the game will start.

Black Screen is another issue that is quite common in PC games. Monster Hunter World players have also reported that when they start the game they only get a black screen while the audio plays in the background.

To fix this, start the game and when the black screen appears, press “Alt + Enter”. The game will go into Windowed mode and will start to display. Now, go to the game’s video settings and set the proper resolution and you’ll be able to play in fullscreen.

Players are experiencing the issue where Monster Hunter World isn’t reading the save files. If you have installed mods then try deleting the “nativePC” folder and the issue should be resolved.

If tit doesn’t work then follow this link to resolve the issue.

Players are reporting that they are getting “Fatal error: D3D device was removed” or “ERR12: Graphics Device Crashed” while playing Monster Hunter World: Iceborne. This error has a couple of reasons.

If your GPU is overclocked or factory overclocked, then revert the GPU back to its default clock speed and memory clock. If you don’t want to do that then locking the game at 30 FPS will also resolve the issue.

That is all for our Monster Hunter World fixes for errors and issues like the crash at launch, high CPU usage, stuttering, low FPS, Fatal error and more. For more on Monster Hunter World: Icebornce also see our Master Rank Assignments Guide and Tailraider Signal Guide.