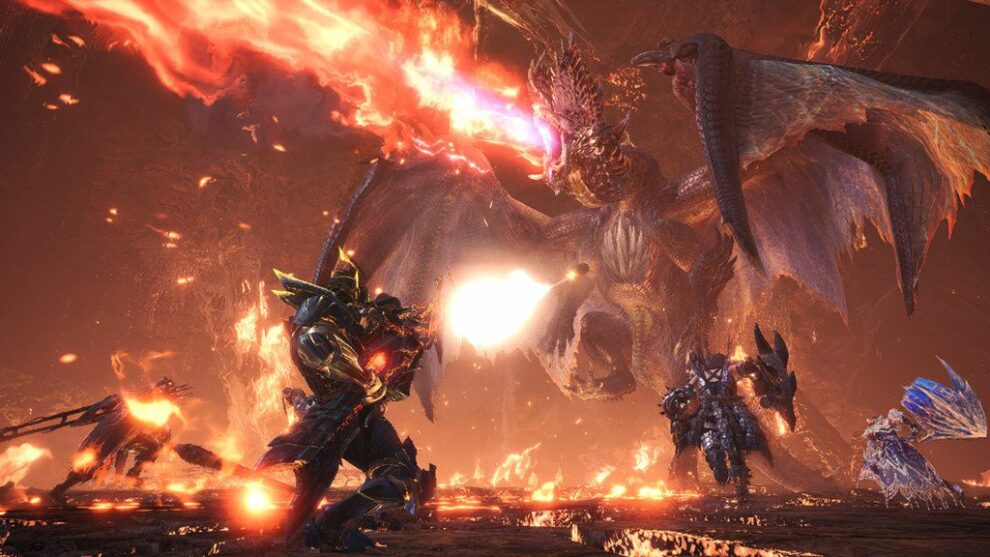 How To Beat Alatreon In Monster Hunter World

As mentioned before, the dragon can use elements against you. It has three different modes that you should know about; Fire Active Mode, Ice Active Mode and Dragon Active Mode. With that in mind you need to counter these modes with the right element. The following is a breakdown of all the weaknesses of the dragon during different modes:

Use these counters in order to do the most damage. With that out of the way, you should also know about the weak points of the dragon. Alatreon has the following weak points in Monter Hunter World:

The hardest part of the encounter is dealing with the Alatreon supernova skill which is called Escaton Judgement. This move can kill you even when you are at max health. Dealing enough damage to the dragon will weaken the effects of this move. You will get an audio cue from the handler once you have done enough damage. You will need to use Astera Jerky / Max Potion.

Fighting the dragon with a team is the best way to go. Focus on the horns and deal elemental damage to them. Boot anyone from the team that does not have elemental damage if you are playing with random people. Doing a lot of damage quickly is going to be key here. Using Light Bowguns and Heavy ones is not going to be wise here since you cannot return to the camp and restock.

You will need plenty of practice in order to get through this encounter. So don’t be worried if you can’t do it one your first few attempts.

Is The Alatreon Armor Worth It?

This is a black dragon and the new armor looks very nice indeed but the armor is not something groundbreaking and some might even be disappointed by the new armor.  The following is a breakdown of the Alatreon armor.