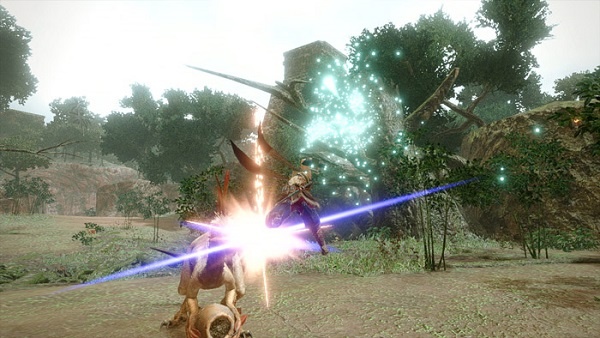 Sword & Shield is a popular choice for many Monster Hunter players out there. It’s the only weapon in the game that lets players use items while the weapon is in their hands. This may not sound like a lot but can make one hell of a difference in combat. If the Great Sword is the most iconic weapon in Monster Hunter, Sword & Shield come in at a close second. In this Monster Hunter Rise guide, we’ve detailed everything about Sword & Shield, its controls, skilbind attacks, and best combos.

This weapon has the highest base damage output in the entirety of Monster Hunter Rise. But that isn’t the best thing about it. What makes Sword & Shield truly special is that it lets players use items even when the weapon is drawn – and while guarding. On top of that, the weapon has a pretty insane recovery rate that enables players to chain multiple attacks, guard, and keep the cycle running. By doing so, however, players will most definitely lose out on some damage but the survival is worth it.

First of all, let’s talk about the basic controls for Sword & Shield that everyone needs to be familiar with. These are:

Similar to other weapon types that we’ve covered thus far, Sword & Shield also has three Skilbind Attacks in total. These are explained in detail below:

Windmill, as the name suggests, lets the players swing the sword around while negating any monster’s initial attack. Falling Shadow, on the other hand, is a forward leap attack that leads to a Scaling Slash and can be followed up with a Falling Bash while in mid-air. Lastly, the Windmill can be switched out with Metsu Shoryugeki that’s an upper-cut attack using the shield.

When it comes to combos, there are plenty of options to choose from. A few of them are shared below: