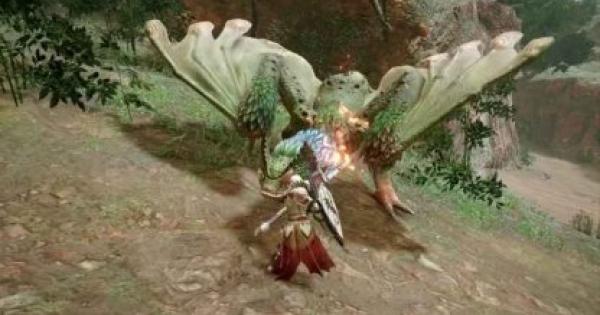 Pukei-Pukei is one of the bird wyvern monsters that you can encounter in Monster Hunter Rise. It is known to store poisons in its body. It can use its tongue like a whip and can elongate it or shorten it whenever it wants to. In this Monster Hunter Rise guide, we are going to walk you through how you can beat Pukei-Pukei.

How to Beat Pukei-Pukei In Monster Hunter Rise

Pukei-Pukei is weak against Thunder and Ice. It can use its tongue like a whip but you can dodge this with ease. You can dodge or move out of the way in order to avoid taking damage. It can often follow up this attack with a charge attack so do not dodge backward, otherwise you will be hit by the follow-up attack.

It has ranged attacks too. The monster is going to coat things with poison and then launch them at you. When you see it eating something while on the ground or in the air then you know that it is coating it with poison to launch at you.

For this monster, we recommend Paralysis, sleep, blast and Thunderblight ailments as they are the most effective. The most vulnerable part of the monster is its head, so that is what you should be aiming for in order to do the most damage and take it out quickly.

Like other monsters in the game, Pukei-Pukei can attack you by swinging its tail. To dodge this move you will need to keep some distance from it.