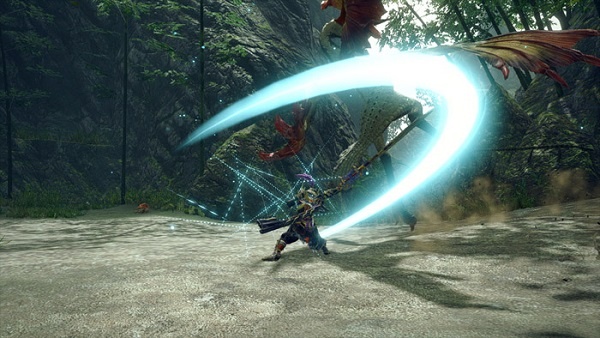 If there’s one weapon that we recommend beginners to pick up is none other than the Long Sword. The weapon allows players to cover both vertical and horizontal angles with relative ease – making it pretty decent against terrestrial and flying monsters alike. In this Monster Hunter Rise guide, we’ve detailed everything about Long Sword, its controls, skilbind attacks, and best combos.

When equipped with a Long Sword, players are easily able to roll out of a majority of chain attacks which can be huge. In addition to this, the weapon covers a lot of verticality which can definitely help against flying monsters like the Great Izuchi. Its moves aren’t half-bad either. When equipped with the weapon, players can also take advantage of the Spirit Gauge that unlocks the Spirit Blade attacks and temporarily increases Attack Damage. The only thing that players will need to take care of is its lack of mobility. However, it makes up for it with Spirit Gauge since it doesn’t consume any charges if the attack whiffs. Not only that but it also has a great reach.

In this section of the guide are all the basic controls related to the Long Sword in Monster Hunter Rise:

When it comes to the Skilbind Attacks for the Long Sword, there are three in total which are explained below:

Serene Pose is the bread and butter of Long Sword in the game. What it does is that it lets players land a counter-attack whenever attacked as long the weapon is ready. Soaring Kick, as the name suggests, lets players leap into the air for a jump-kick that automatically transitions into a Plunging Thrust if it connects. Landing the Plunging Thrust also refills the Spirit Gauge and can be followed up with a Spirit Helm Breaker. Lastly, we’ve got the Skilbind Sakura Slash that lets players dash and slash at a monster multiple times while also restoring +1 Spirit Gauge.

The combo potential of the Long Sword in MHR is pretty decent. A few of them require the Spirit Gauge but are generally fairly easy to execute. A few of them are mentioned below: