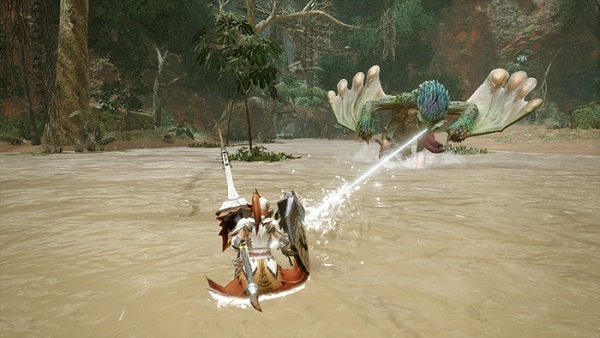 The playstyle revolving the Lance requires a bit of practice but it’s all worth it in the end. It revolves around using the Lance to thrust monsters with the pointy-end and using the massive shield to guard all the incoming damage. One important thing to keep in mind before using it is that it lacks quite a lot when it comes to mobility. In this Monster Hunter Rise guide, we’ve detailed everything about Lance Weapon, its controls, skilbind attacks, and best combos.

Lance in MHR is a thrust damage weapon with Charged Attacks that can hit multiple times with a single swing. In addition to this, it’s got a fairly decent range and counter-hit potential. Not only that, but it’s also got probably the best guard ability in the game which is only matched by Gunlance.

The following is a complete list of all the basic controls that players need to know about while equipped with the Lance Weapon in MHR:

All the new Skilbind Attacks for the Lance Weapon in the game are explained in the section below:

With the Twin Vine, players can lodge a kunai into a target and then follow-up with a leap attack that lets players fly straight toward the target. Anchor Rage is probably the weapon’s best Skilbind Attack. The attack lets the players absorb all incoming damage with a shield which provides increased Attack Power based on the amount of damage absorbed by the Anchor Rage. The attack can also be switched out by Spiral Thrust which works in two parts. The first part is a parry using the shield and the second part is a powerful thrust attack.

There aren’t a lot of combos for the Lance Weapon that we’ve at the time but we’ll make sure to update if we come across more: