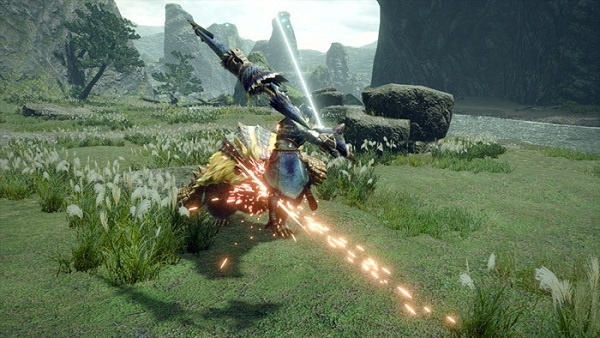 A cousin of the Lance, the Gunlance also suffers from the same issues that plague the Lance. However, thanks to its useful Skibind Attacks and the Special Attack, Wyvern’s Fire, most of these things can easily be off-set. Similar to Lance, it may require a lot of practice to master it. In this Monster Hunter Rise guide, we’ve detailed everything about Gunlance, its controls, skilbind attacks, and best combos.

Similar to Lance, this one’s also got thrust-based damage attacks but also explosive shells that deal a lot of damage. The weapon’s Wyvern Fire can be charged up to land a devastating shot but has a long CD of 120 seconds. As mentioned in our Lance Weapon guide, the weapon has the best guard ability in the entirety of the game – only matched by Lance. Aside from this, the weapon also boasts incredible range and counter-attack potential. With that said, let’s talk about its basic controls.

In this section of the guide are all the basic controls related to the Gunlance in MHR:

There are three Skilbind Attacks that players can perform with the Gunlance. These are:

As the name suggests, the Guard Edge lets players restore its sharpness with a precisely-timed guard. It can be a little hard to pull off initially but with a little practice, it can become muscle memory. Once successfully landed, players should’ve no issues with a few different follow-up attacks. Hail Cutter is a 2-hit attack that starts with a Rising Slash and ends with an Overhead Smash. The best thing about this Skilbind Attack is that it also reduces the CD of Wyvern’s Fire. Lastly, we’ve got Ground Splitter lets players increase the Attack Power of its Explosive Shells, Wyrmstake Shots, and Wyvern’s Fire.

There are a lot of combos that players can execute while equipped with a Gunlance. Some of them are added below: