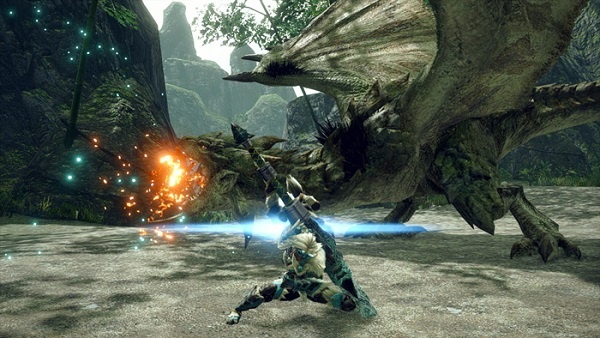 The weapon in Monster Hunter Rise is probably one of the best weapons to use for powerful Charged Attacks. It boasts the highest damage per swing in the entirety of the game. In addition to this, it’s also got minor defensive capabilities. For instance, players are able to block incoming damage with the Great Sword. Doing so, however, comes at the cost of weapon sharpness.

In this section of the guide are all the basic controls related to the Great Sword in MHR:

There are three Skilbind Attacks that players can perform with the Great Sword. These are:

Power Sheathe lets players lunge forward with a devastating blow while sheathing their weapon for a temporary increase in Attack Power. Hunting Edge, on the other hand, is a powerful leap attack that can be followed up with either a Charged Slash or a Charged Plunging Thrust. In addition to this, the Hunting Edge can also be switched out with Adamant Charged Slash. This technique requires a Wirebug and lets players charge forward for a Strong Charged Slash. This doesn’t only do a lot of damage, but also increases poise so that players can’t be knocked down.

There are a lot of combos that players can execute while equipped with a Great Sword. Some of them are added below: