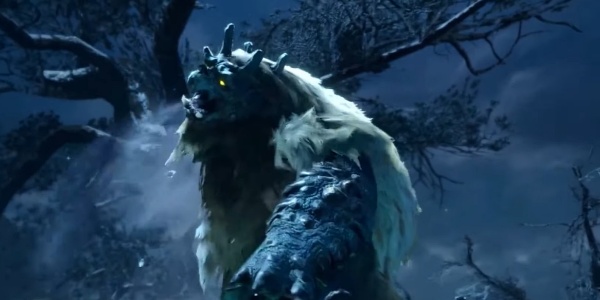 Goss Harag is an ice monster that can use ice blades and its cold breath against you. This is a powerful monster that can be tricky to take down. In this Monster Hunter Rise guide, we are going to go over how you can beat Goss Harag.

How To Beat Goss Harag In Monster Hunter Rise

During the first stage of the fight, the monster is going to use melee attacks. it can move its arms from side to side in order to attack you if you are too close or at its back. Other than that, if you are far away from the monster then it can pounce at you. This move is pretty quick and you might not see it coming if you do not keep your eye on Goss Harag.

Goss Harag has ranged attacks as well. From time to time, if can throw ice blocks at you. You can see this attack coming and dodge to the side in order to avoid taking damage.

During the second phase of the fight, the monster is going to be more aggressive and attack you more often. Things get more dangerous as it creates a pair of ice blades on each of its arms. So it can deal more damage if you get hit.

What you need to do is try to stay behind the boss and deal as much damage as you can. The head of the monster is one of the weak spots that you can concentrate on in order to deal the most damage. Using heavy attacks is going to be risky as they are slower and will leave you vulnerable to attacks.